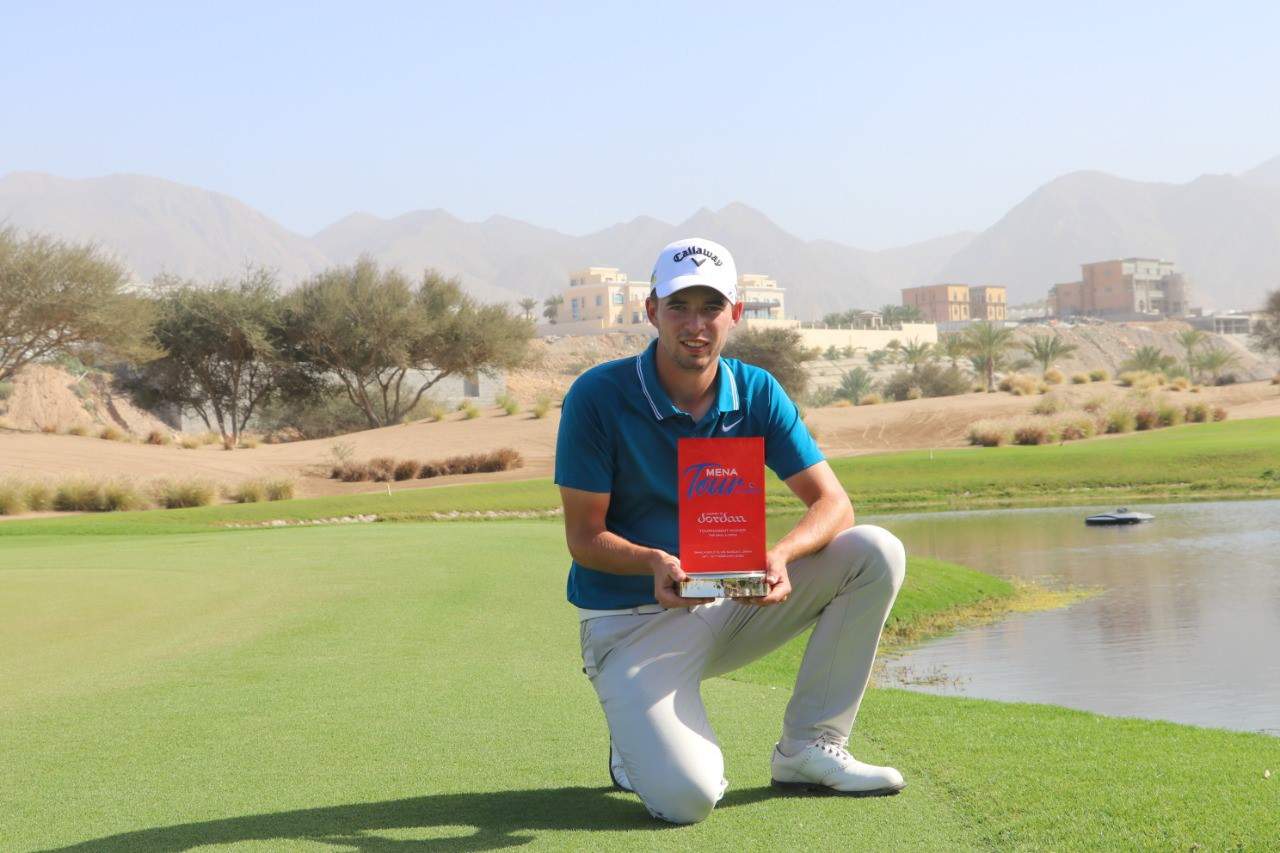 WD-40® is proud to announce that its sponsored Athlete, Bailey Gill, has won the Ghala Open in Oman.

Bailey Gill, planned to tee it up at the $75,000 Royal Golf Club Bahrain Open next week but instead, his plans have blossomed as he now joins the European Tour’s Oman Open, with the likes of former world No.1, Martin Kaymer.

The 22-year-old has to get his head around the sudden change of plans after capturing the $13,500 winner’s cheque at the Ghala Open on Wednesday. In previous days, Gill won the 2016 Welsh Open Youths Strokeplay Champion but this is a proud moment as he scopes his first win as a pro on his third start – proving to be a fantastic start to his pro career.

Over the last few months, Gill finished his maiden MENA Tour win with three birdies in a row as he wowed the audience with chips on the 17th and 18th holes, but stunned with the last bogey-free round, that included five birdies in the last six holes.

Gill comments: “I’m delighted to win the Ghala Open and I can’t wait to get going next week at the Oman Open at Al Mouj Golf. It will be my first European Tour event so I’m really looking forward to the challenge of playing with some of the best golfers in the world.

“I have only been a professional for around five months, so I’m really happy this opportunity has come to me so soon and I hope I can take advantage of it.”

Next for Gill is the third staging of the Oman Open which starts on Thursday 27th February. He will be up against some of the most well-known names on the European Tour, including Haotong Li and Stephen Gallacher who won the former Omega Dubai Desert Classic, 2016 Ryder Cup stars Thomas Pieters and Andy Sullivan and 1999 Open Champion Paul Lawrie. They will all be competing for a prize fund of $1.75m at the luxurious Al Mouj Golf in Muscat, Oman.

WD-40® is proud to be represented by such a young and enthusiastic rising star in the golfing world and are looking forward to supporting Gill with his bright future. Keep your eyes peeled for further updates for the next tournaments that Gill takes part in which are sure to be impressive!