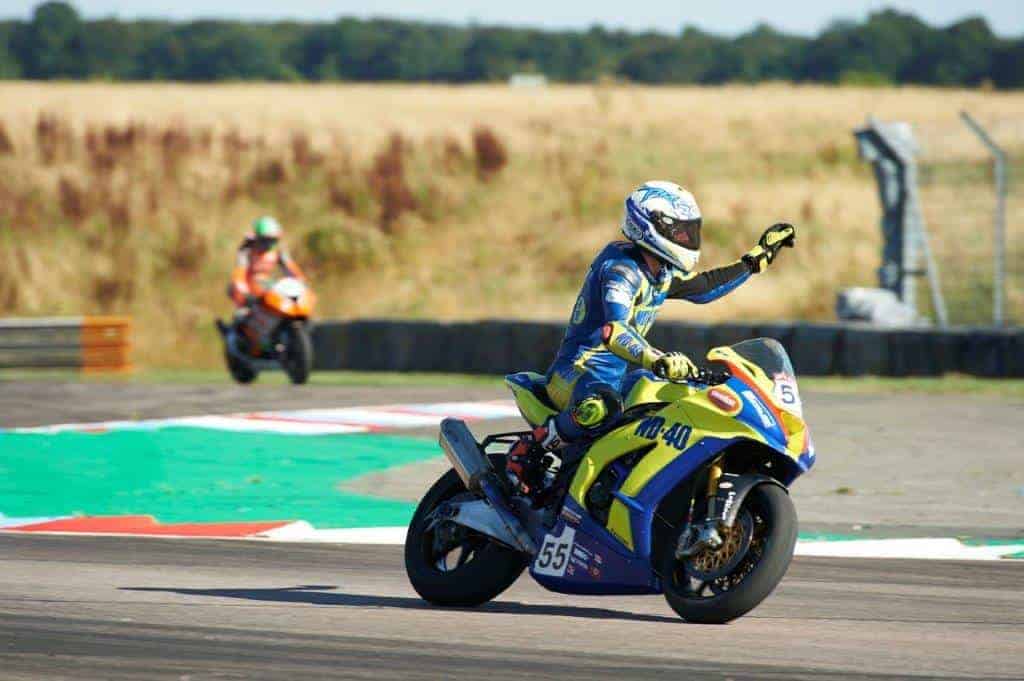 As the heat wave continues, team WD-40 were back for the 7th round of the Superbike Championship at Thruxton. One of the fastest circuits on the British Superbike Championship calendar, the demands of the circuit range from long, fast straights and flowing corners to tight, demanding chicane sections. British Superbike continues to draw global media attention as the most competitive national motorcycle race series in the world. It even at times outshines some of the World Championships events. 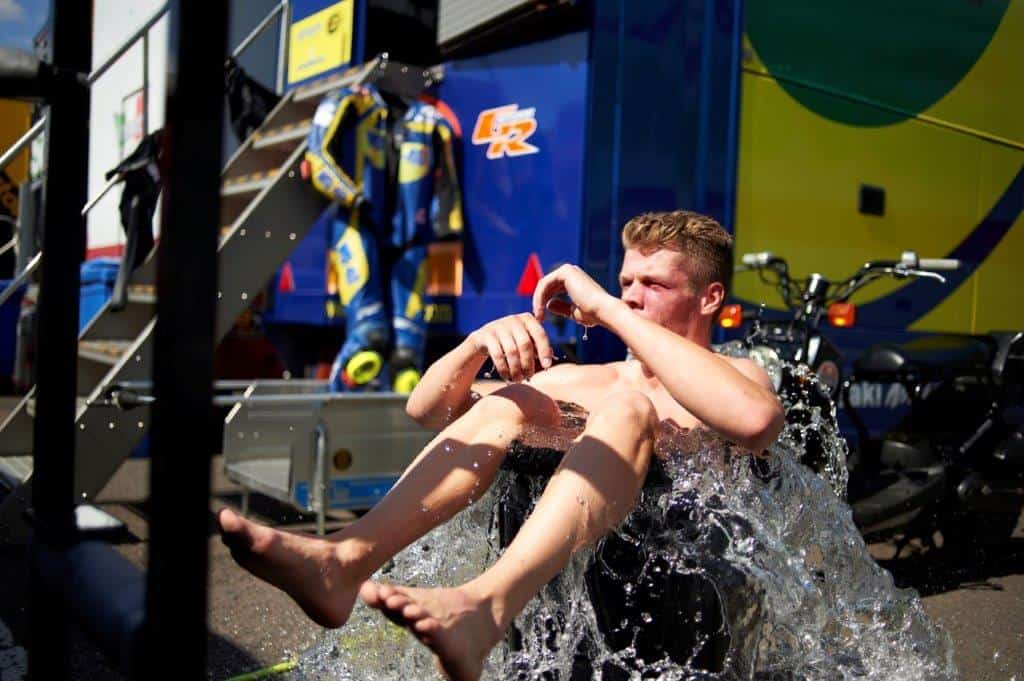 Mason was looking to build on his final standings last time out at Brands Hatch GP. A steady qualification ride saw Mason starting 18th on the grid.  He put in a gritty, determined performance and was rewarded with a fantastic 8p finish in the first race. It was his first top ten finish for the team and generated eight valuable points in the process. Race two saw another tenacious performance with Mason gaining another top ten result, finishing in 10th position. This meant Mason and the team achieved 14 points from the weekend which is their best return of the season so far. A brilliant performance from all involved and well done to the whole team!

Brent Gladwin, Managing Director of GR Motosport: – “What an unbelievable weekend of ups and downs. I really don’t like some of the things that happen after all we have done but I guess that’s racing.”

Mason Law – “Well there you go finally the potential can be seen of Team, Man and Machine – dry track, straight racing great results. I am greedy and with a name like Gladwin I want more so we are looking forward to the next few races especially Cadwell where we always remember Tommy Aquino.”

Claudio Corti was experiencing his first time riding a Kawasaki ZX10RR and his first time at the track. This was always going to be a huge ask for any rider. Adding to this the lunacy of another rider taking him out at high speed on only the 2nd lap of qualifying and for most people this could have been too much.

Despite the odds against him, Claudio fought well from the back of the grid and managed to end up challenging for the points. It was a great effort from Claudio and it is pleasing news that he loved being part of the team and will remain with the STAUFF Quick Connect Academy for the rest of the season.

Claudio Corti – “I have heard a lot about the British Championships and really wanted to give it a try. Even after everything I was told before I was really surprised at how big the series is and how many fast riders there are but mostly just how many people came to watch – this is incredible!!!”

Hopefully Team WD-40 can build on this result at the next race meeting. Cadwell Park hosts the biggest round of the British Superbike Championship, with thousands of spectators travelling to the circuit on the 17th-19th August. 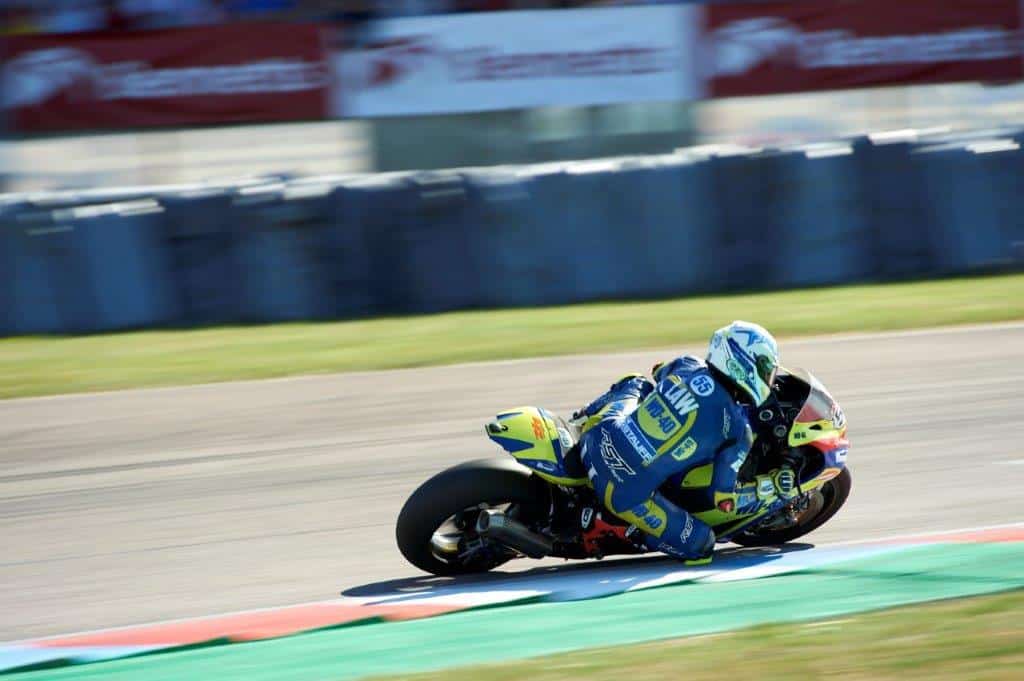 The winner of our ‘Find The Face of WD-40’ competition attended the racing this weekend at Thruxton as their prize. Congrats to Richie who won VIP tickets for a BSB race of his choice and opted for the Thruxton meet.

Richie said after the event; “standing yards from the track as these guys whizz past at over 170mph sent goose bumps shooting up my arms. Watching a race on the TV doesn’t do these guys any justice. You can feel the adrenaline oozing from the track.”

He also stated “it was an unforgettable experience, something I would definitely like to do again.”

Glad you had a great day Richie from us all here at WD-40. 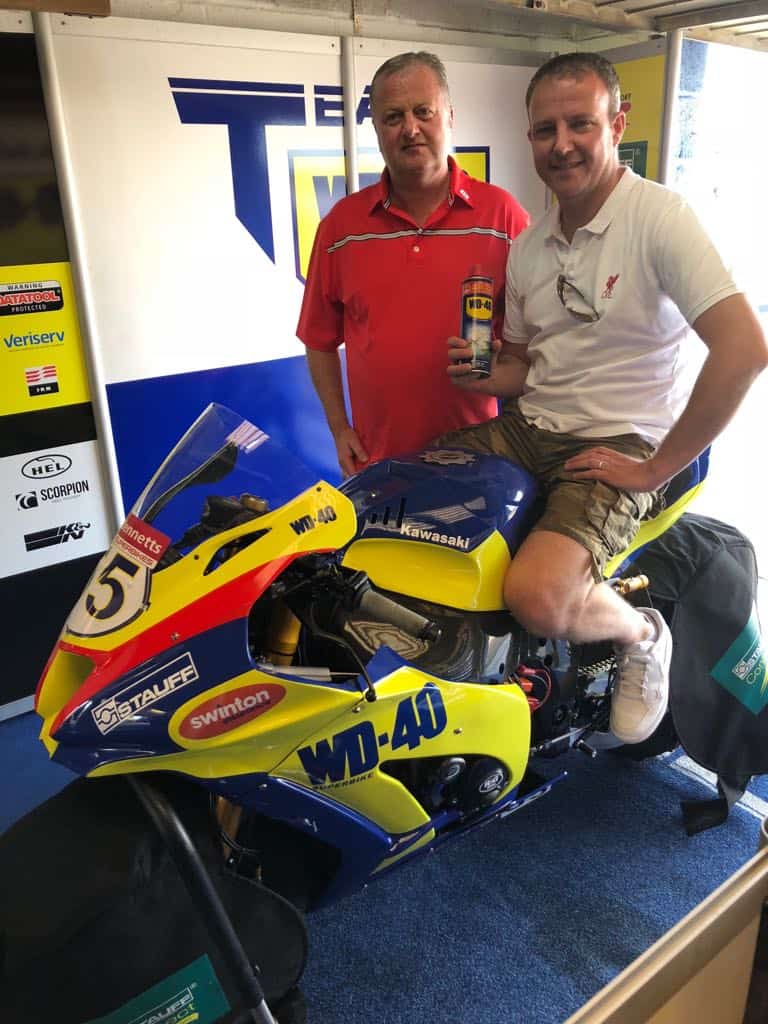 Check out more info on Team WD-40 at http://www.grmotosport.co.uk/ or  https://wd40.co.uk/athletes/team-wd-40-british-superbike/