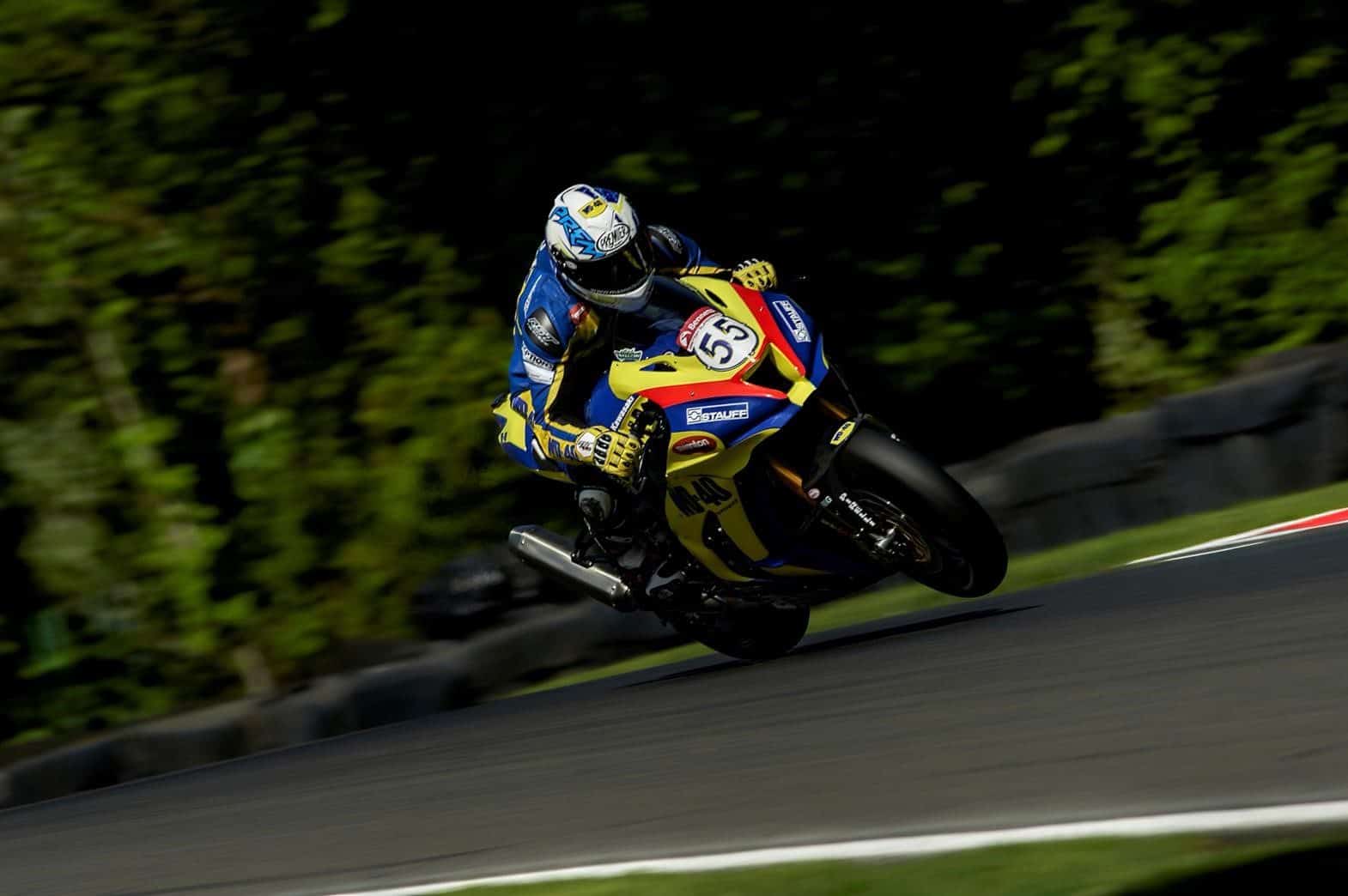 Team WD-40 Superbike rider Mason Law scored his first Superbike points at the third round of the Championship at Oulton Park.

The weekend started well for the team – BSB Rookie Law finishing the first practice session in a superb 11th place. Mason carried this form into the second session where, unfortunately in the dying moment he suffered a very high-speed crash and while thankfully Mason was un injured his ZX10RR was badly damaged.

Working Late into the night his crew, lead by Danny and Geoff, managed to build a bike. However qualifying was not what we wanted. Mason finished 22nd on the grid leaving a lot of work to do.

In the First Race Mason made a good start and settled in to build his rhythm and confidence. As the 18-lap race continued, Mason’s pace stayed strong and he fought to grab his first British Superbike points on the very last lap. It was a great result for the Benfleet Essex resident.

The high and lows of racing are sometimes too quick to follow each other. Sadly, the second race was short lived when a damaged component from the crash failed in the first few laps.

Speaking of his weekend (which included a top six time in the early part of free practice and a huge 120mph crash), Mason Law explained: “It was a really strange weekend which started off on a positive note, when we were P6 at one point in the opening session. It’s a huge sigh of relief that we found a bit of pace at the previous week’s test. It then allowed us to try some bits and pieces with the bike at Oulton.”

Recounting his high-speed incident, he added: “Unfortunately after another rider had crashed, I hit a bit of debris on the track and stepped off at 120mph. The bike was in three pieces afterwards. The team and my crew had a big workload to build a new bike.

“This meant we had to go into qualifying a little blind.  I was quite tense and we ended up back in twenty-second. That made race one not so easy. I made a good jump off the line but got beaten up quite a bit in the early exchanges. I did catch the group fighting for twelfth, but we ran out of time to make any additional progress. Although a point is a point, and we will take that fifteenth-place finish.”

Speaking of race two he concluded: “For race two we got to start a little further up the grid [one row]. I felt I got a good launch but didn’t seem to gain anything. Then unfortunately I had to pull in with a technical problem to end our weekend a little earlier than anticipated.

“Again, there are a lot of positives to take from the meeting. We also have the Snetterton test coming up next week, so I’m looking forward to getting back out on the bike and putting some work in again. Before that, I need to take a few days and relax the body to let it repair itself. Thankfully I wasn’t too hurt in the crash; just some heavy bruising, so I’ll live to fight another day and we get to go again.”

Alastair on the gas !! 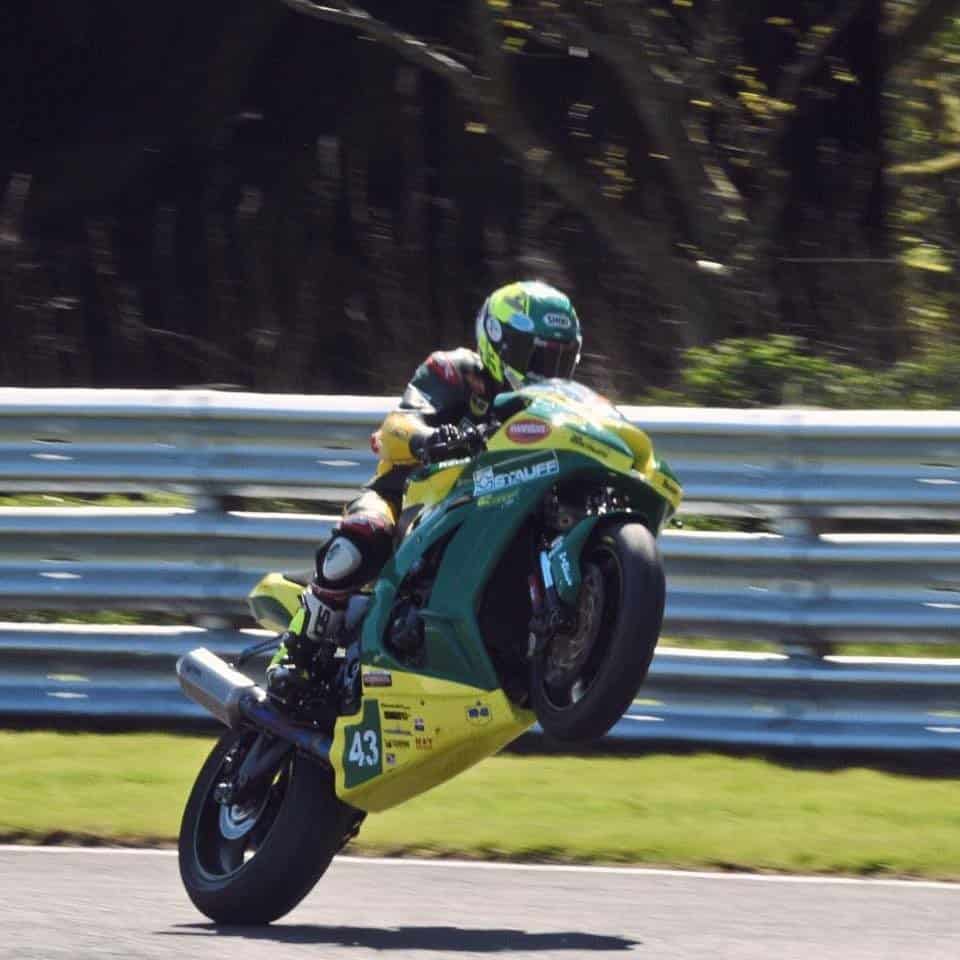 Although the STAUFF Quick Connect Academy of Alastair Seeley (STK 1000) and Liam Delves (MotoStar) continue their very strong Top Ten finishes, they are not yet where they want to be.

STK 1000 :- Alastair, suffering from a few set-up niggles with chatter and electronics, topped the second free practice. However he was unable to maximize this as he is still becoming more accustomed to the ZX10 RR. He qualified in 9th but just 0.6 off pole.

In the Race Ali made his usual good start. He was in a race-long duel for the podium with championship leader Billy McConnell. He just lost out on the last lap to take 7th to maintain his strong finish rate.

Alastair Seeley: – “It was a steady enough weekend and it was nice to go P1 in the second session. I was a bit disappointed to go P9 in qualifying even though we were close enough on time. So we reverted to something in warm-up we were happy with. For the race, I thought we could run a podium. I was running top 3 or 4 mid race but then just dropped off a little for 7th. We know we have a few weeks off so hopefully we will get a test in before Snetterton, and make progress from there”.

MotoStar: – Liam started the weekend quite well on the DR Moto3. He took 8th and 6th in free practice, then put in a personal best to qualify 5th for the first race. However, all this hard work was lost through the continued bad starts which created quite an uphill struggle for the young man. In both races he made a good effort to fight back from his starts. Again he posted personal best times which just dropped away on the last couple of laps of each race to finish 9th and 10th. In the break to the next event Liam has to go practicing his starts to then enable himself to fight for the podium. The development of the DR Moto3 will also continue in the break with some interesting comparison testing to take place.

Liam Delves: -“ I am really enjoying riding the Stauff Quick Connect Academy DR Moto. I am getting better, posting good personal best times. I’m struggling with my starts which I know I have to work on. I am finishing in the top 10 but I want to be better. It’s just a case of getting everything together. I am looking forward to a test after Mark is back from the North West and TT and cant wait for the next race.”

Liam on the DR- Moto 3 leads the group 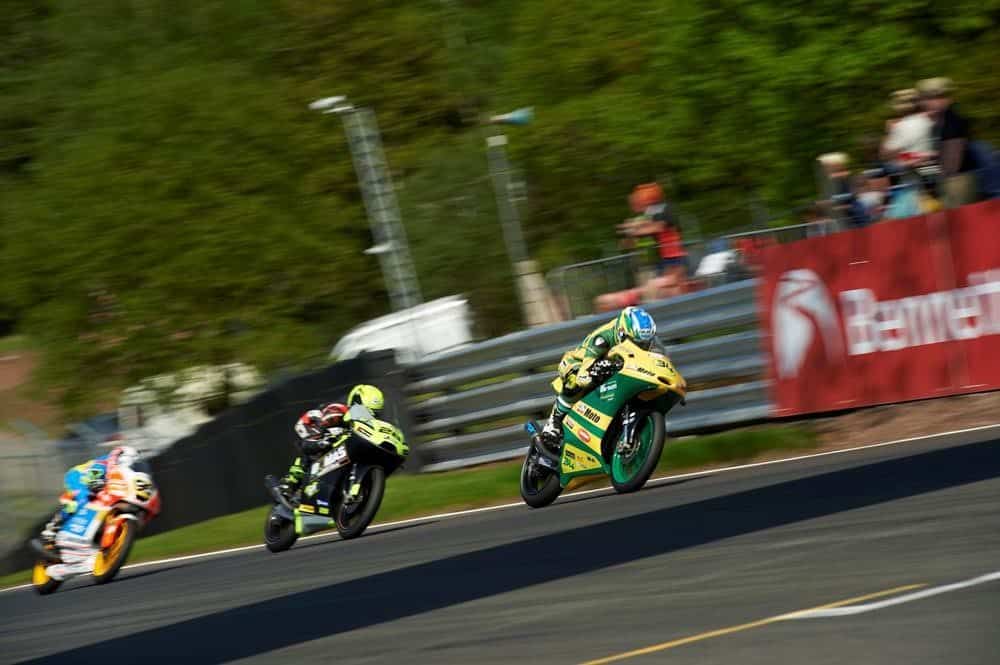 Brent Gladwin, Managing Director of GR Motosport, said:- “what a crazy weekend. When they say ‘the highs and lows of racing’ it is simply an understatement. We started the first day with everyone doing a brilliant job. Then came Mason’s 120mph crash which threatened his weekend. Ali topped the day in STK and Liam was there or there abouts. Each part of the Team had work to do and all worked together to make it happen. The end results were there to build on with Mason getting his first points and both Alastair and Liam running in the top ten in race and Championship.

With the Northwest 200 and Isle of Man TT taking place over the next month we now have a break from BSB. We are scheduling quite a bit of development and testing for all firstly with Mason who will continue on his BSB program at the official test at Snetterton this week.

The World Superbike event will be held at Donington Park on the 25th to 27th. The added high level competition of WSB, will be great experience for Mason and the Team as part of the planned continuation of his Superbike rider development program for BSB.

Find out more about WD-40 Motorbike

Find out more about Team WD-40