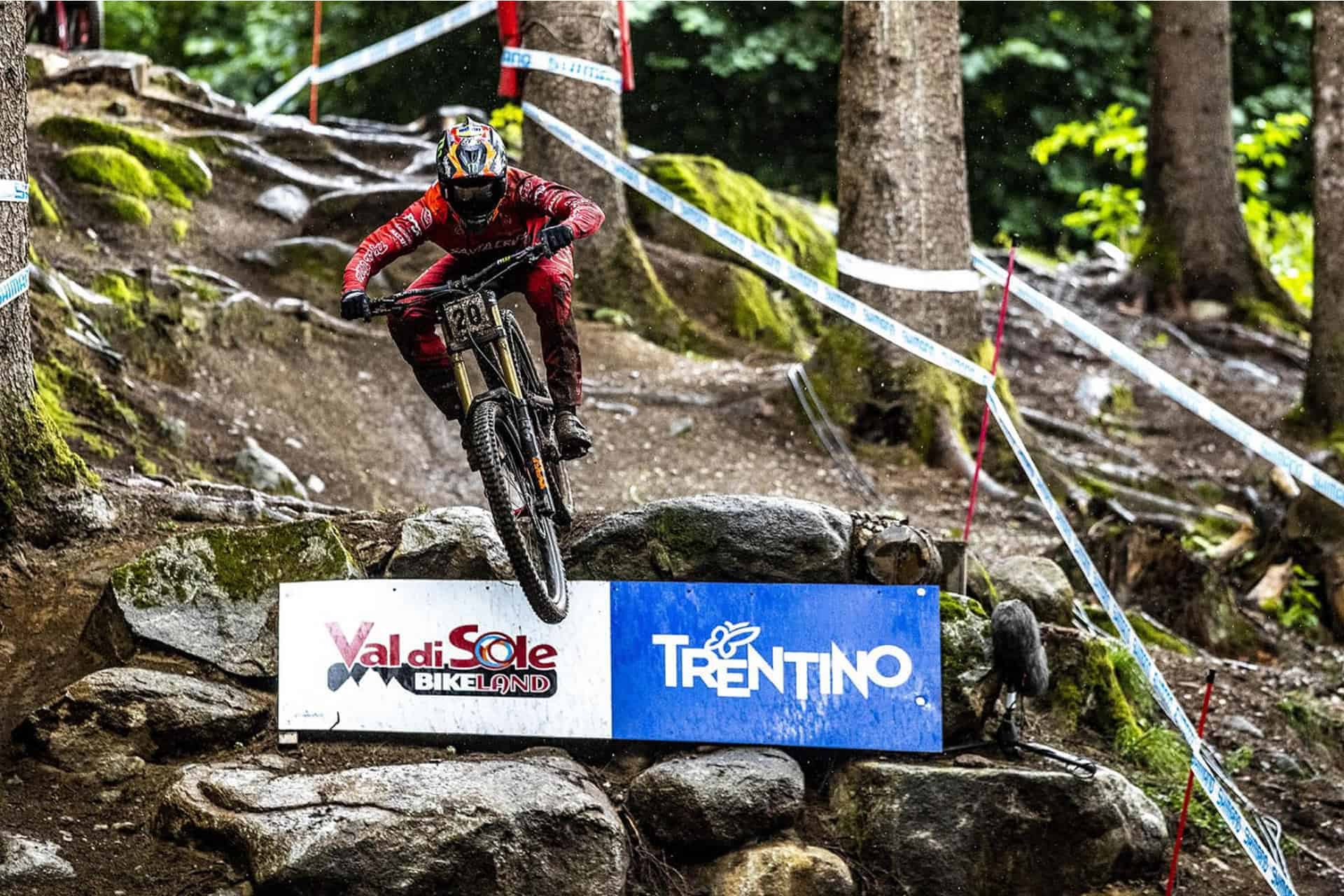 After a tough but strong performance in Les Gets, the Santa Cruz Syndicate were back on form in Val Di Sole. A steep, rough, and technical track in itself, the circuit known as the ‘Black Snake’ becomes all the more formidable in heavy rain. Greg, Loris, and Luca had to take chances and make efficient line choices while managing the inconsistent track conditions. By the end of the weekend, the Syndicate delivered all three riders into the top 20.

Much like last year, qualis were extremely wet. The relentless rain created an unpredictable and slippery track, just after the elite men started their qualifying runs. Muddy and hazardous conditions caused chaos everywhere. Greg qualified 22nd, followed by Loris in 27th, and Luca in 106th. Fortunately, all three made it into finals without incident.

After a dramatic day of qualifiers, heavy rain persisted throughout the evening. By the morning of finals however, the clouds cleared and it was still anyone’s game.

Santa Cruz Syndicate’s Luca has finished in top ten twice in Val di Sol over the last couple of seasons. He is still on the hunt for strong results since starting the season out with an injury. He was on track and down by two seconds at the first split, but slipped up somewhere between the second and third and lost another two seconds. Determined, Luca charged through the lower half of the track pulling back a second for a strong finish. He crossed the line in 19th on the day.

So far this year, the elite men’s World Cup Downhill has been dominated by the French. Three French riders surrounded Greenland on the podium, with another two in the top ten, showing that while the streak may have ended, the French are still on top of World Cup downhill. Loic Bruni (Specialized Gravity Racing) claimed silver, our own Loris Vergier of Santa Cruz Syndicate claimed bronze and Amaury Pierron (Commencal / Vallnord) fourth. Danny Hart (Madison Saracen Factory Team) claimed the final spot on the extended podium in fifth.

The Syndicate pit parade is off to Switzerland for next week’s race in Lenzerheide. For more information, visit santacruzbicycles.com/en-GB.