Home » Athletes » WD-40 Rally team pick up their first points of the season at Cambrian Rally!

WD‑40® Rally team pick up their first points of the season at Cambrian Rally! 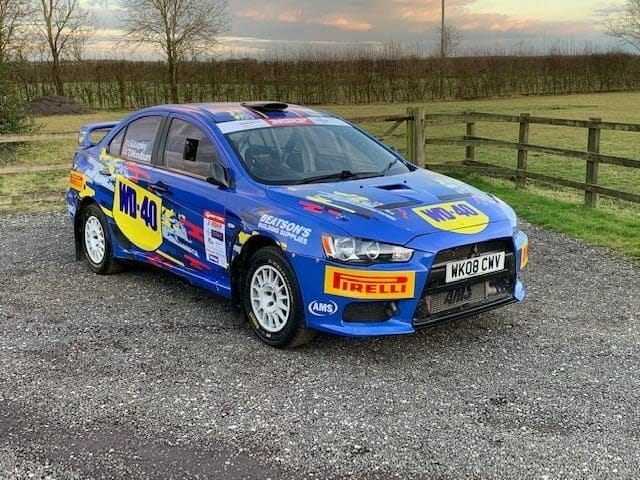 The biggest rally championship in the UK will introduce the return of rally driver, George Lepley. After a successful 2019, and a long winter break, finally, George’s 2020 Rally season is about to start. George comments: “I’m really excited to announce our new partnership with headline sponsor WD-40®, the first rally can’t come soon enough”. George will be guided by Tom Woodburn as his co-driver after a successful 2019 where George and Tom became the 2019 Silver Star Champions. George Lepley, 22, has previously won several BTRDA titles and in 2020, the pair are competing for the €60,000 prize in the M-Sport and Pirelli in the Junior Championship. George Lepley took to the track for the first time this season to race in Round 1 of the BTRDA, the Cambrian Rally at Llandudno on the 8th February 2020. George and his co-driver, Tom Woodburn, did not let Storm Ciara stop them and finished stage 1 setting the second fastest overall time for the stage.

After spinning the car in stage 2 and a puncture in stage 3, their luck changed in stage 4 where they completed their first-ever tarmac stage in the Mitsubishi Evo X, setting the fastest overall BTRDA stage time.

Stages 5 and 6 saw the pair putting in brilliant times again and setting 2nd fastest overall times, for both stages. In the final stage, despite another puncture, they still managed to set the fastest time on this stage too.

George said: “I’m delighted to have climbed back up the leader board, it was such a shame to have got a puncture in stage 3 that we had to change. But that’s rallying, we kept focused and brought back lots of championship points! We showed we had the pace to today, and we will be back fighting in a few weeks.”

The pair finished the rally in 5th place overall with a very respectable 26 championship points in the bag! The car he used was a Mitsubishi Evo X wrapped in the iconic livery of WD-40®.