Battle at Les Gets for Santa Cruz Syndicate 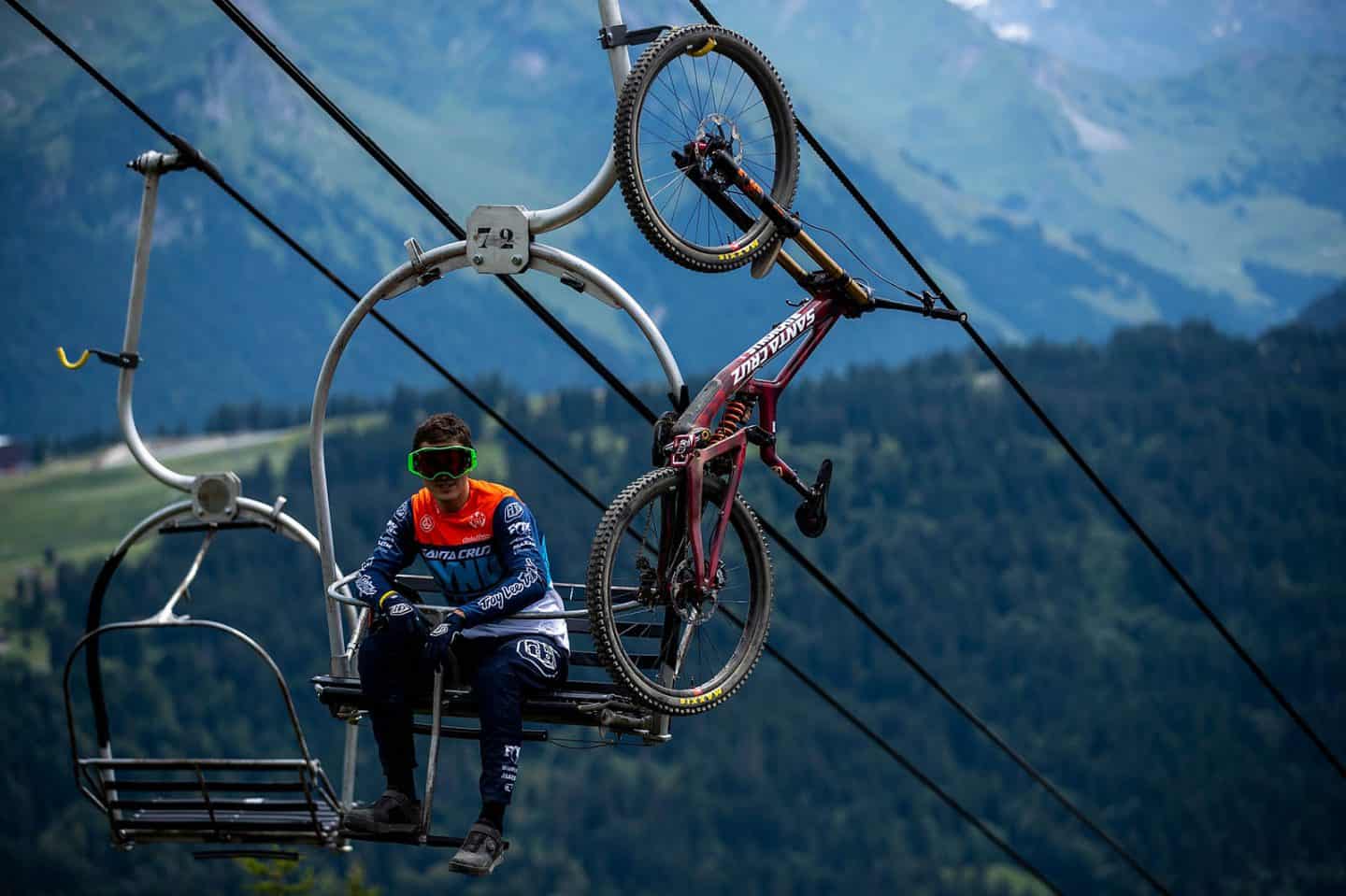 The Syndicate set up at Les Gets after a few days of recovery. With Bastille Day just on the horizon, there couldn’t have been a better venue to hold a World Cup than France. Fans were out in full force, supporting their countrymen, and getting in on whatever action they could.

The top ten finishers were all within six seconds of each other and the Syndicate ended up in top fifteen. Loris was in 5th, Greg less than a second back in 6th, and Luca in 12th. A track with little margin for error, it would be all or nothing come race day.

Fast times were set early on, forcing racers to squeeze any advantage they could out of the track. First out of the gate for the Syndicate was Luca. In typically smooth style, he hit the first split with speed. As his run ticked by however, it was clear a win wasn’t on the cards for Luca. On a track this unforgiving, making up time seemed nearly impossible once it was lost. He finished 17th on the day.

Aiming for top at Les Gets

Greg Minnaar was one of only two racers present this weekend who raced Les Gets in 2004. Fifteen years ago he finished second at that race. This time around he was aiming for the top step and his 22nd World Cup victory. He put together an extremely clean run that, like Luca, had him up at the first split. Immediately, it was enough for third and after the remaining five riders (including Loris) hit the course, he would eventually land in seventh.

At the 2018 Crankworx Les Gets DH, Loris took third, just two seconds behind the lead, and this year with a full roster of World Cup heavy hitters joining in on the fun the pace on this track would be even faster.

Almost to prove the point, Loris pushed the envelope a little too hard during a practice run and had a big crash just before Finals. As the first of the “French Wolfpack” and not one to disappoint, he put on a strong performance despite taking a beating only hours before. Top to bottom his split times came close to the lead time and as he pushed through to the finish, it was clear he had done enough to land his second podium in two weeks. 5th place for Loris and some great all-round results for the Syndicate.

For more information about this race and the Sanrta Cruz Syndicate, visit santacruzbicycles.com/en-GB