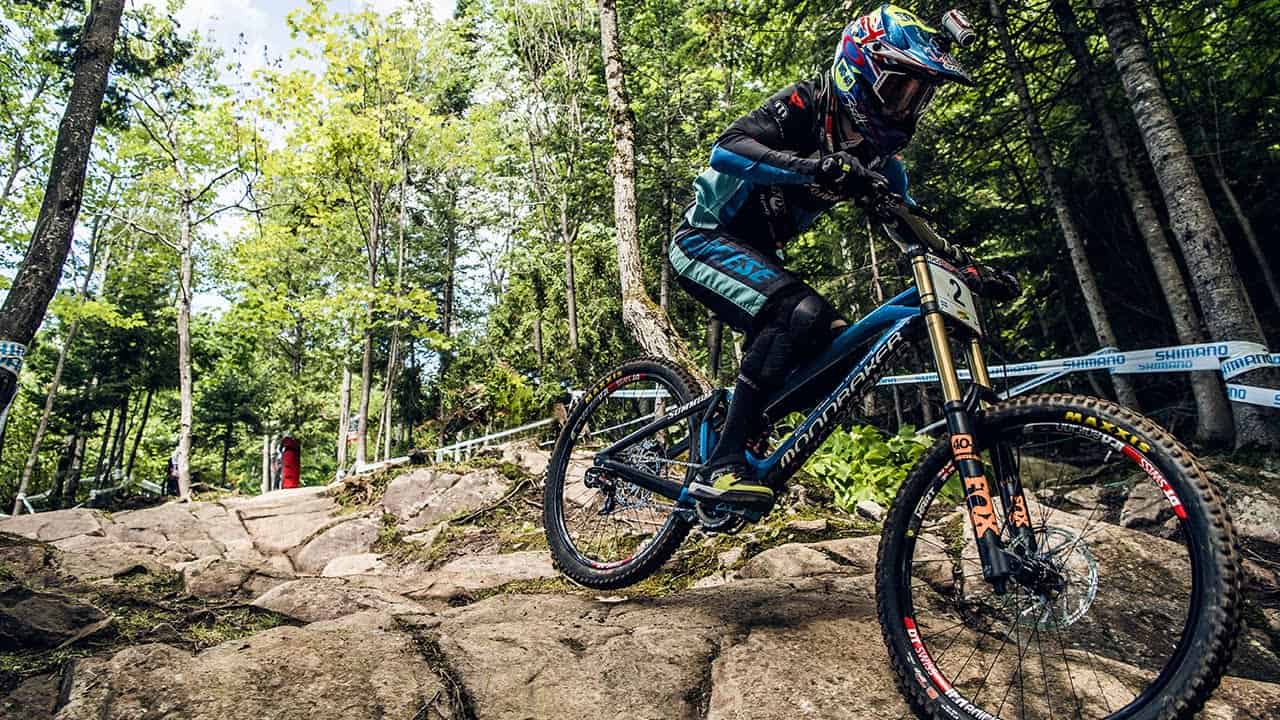 WD-40 sponsored athlete Danny Hart won again at the 2019 Downhill MTB World Cup  weekend on what was one of the fastest downhill Mountain bike races in recent history.

Danny’s run left everything on the mountain with new lines and incredible riding. He set a new fastest sectors all the way down the hillside. His sub 4 minute finishing time of 3:59:754 set the fastest time of the weekend.

Danny’s race run from the 2019 UCI Downhill World Championships in Mont Sainte Anne, Quebec, Canada.  ‘the first time I raced here was in 2008… I think this year was my favourite!’

It left only American rider Aaron Gwin as a threat to Danny’s top step finishing position on the podium.

Unfortunately Aaron simply couldn’t match the perfect run of Danny Hart. Gwin posted a time of 4:00:423, quicker than Bruni who secured 2nd place. But not as fast as WD-40 BIKE’s Danny.

Danny has now won the last 2 MTB World Cup races of the year and on current form looks like he’ll be challenging for another great result when the Mountain bike world cup championship visits Val Nord in Andorra on the 3rd and 4th September.

Throughout 2019 Danny Hart who has been using WD-40 BIKE products to clean and care for his bike.

Our WD-40 BIKE chain lubes have been proven to reduce lost watts and provide lubrication that outperforms the competition.