Get to know The Santa Cruz Syndicate 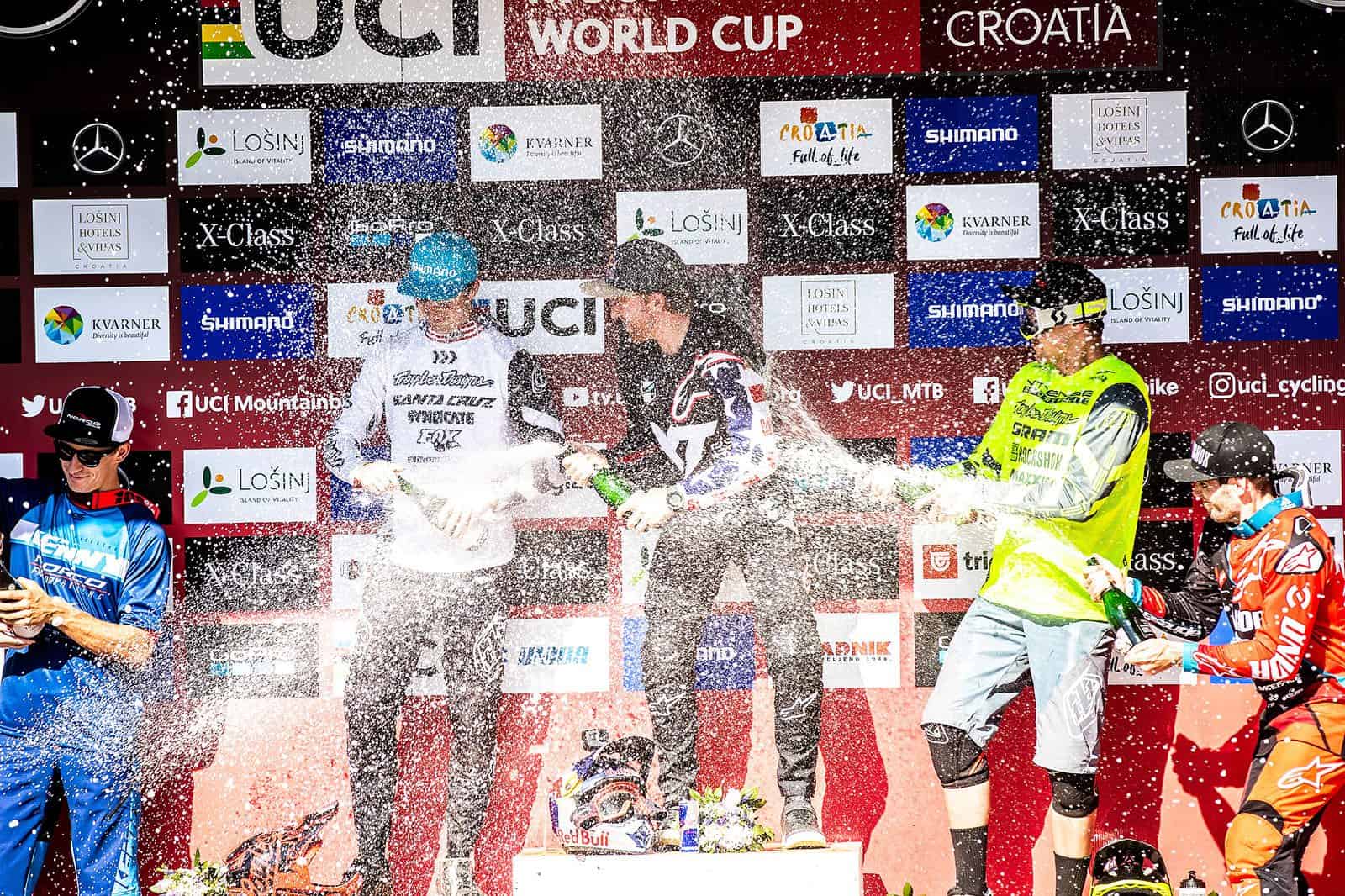 The 2018 season has already begun with the first round in Losinj, Croatia a couple of weeks back. But lets get to know the new boys to the WD-40 Athlete Roster….The Santa Cruz Syndicate!

Episode one of the Team’s video diary, The Syndicate, shows preparations for the upcoming UCI Downhill World Cup season. You can see how they spend their time away from the bikes, preparing for the season opener in Losinj, Croatia!

Pre-season for the Santa Cruz Syndicate started in the cold trails of Windrock, Tennessee, USA. The team put the 2018 bike through its paces and got the feel for the bike before the first pre-season race of the year, Pro GRT! A successful start to the campaign as Loris Vergier finished in 8th place. Greg Minaar finished in 5th place and Luca Shaw finished on the podium with an awesome 3rd place! (the event was won by another WD-40 Athlete Danny Hart)

The team then headed to Europe for the incredibly rocky and technical first round of the UCI Downhill World Cup in Croatia. The weekend started with a hit-and-miss qualifying session for all. Starting with the unlucky Loris Vergier who had to pull up halfway down the course with a mechanical failure. Although, the GOAT Greg Minaar finished qualifying in a respectable 13th and the American Luca Shaw finished the session in 6th place!

It all came down to race day and the boys would have to be on top form to beat a highly competitive field and a very technical track! Greg Minaar struggled with a mechanical issue at the end of his run. It cost him time and he finished in 13th place. Loris Vergier managed to finish an impressive 8th place after his mechanical issues earlier in the weekend. But step up Luca Shaw, who threw down an incredible run to finish in 2nd place, just 8 hundreths of a second off the top spot!

Check out the full episode here!!

The Syndicate will be back in action on the 2nd-3rd June, when the World Cup hits the UK at Fort William!