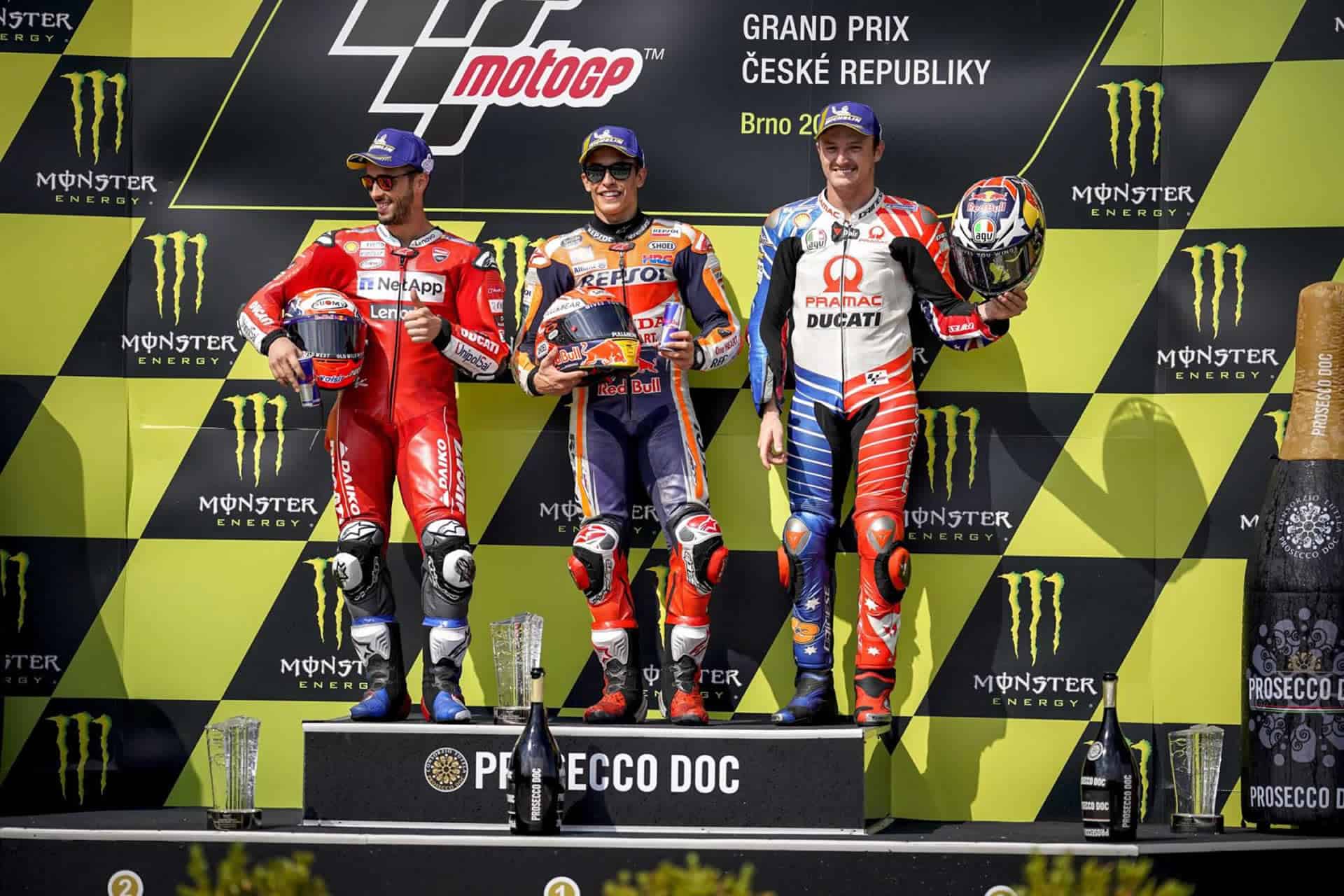 The Pramac Ducati rider finished an impressive third after a long and tense battle with factory Suzuki’s Alex Rins. Francesco Bagnaia finished 12th after fighting for the Top in dangerous weather. No one was immune to the tricky conditions in Brno on Sunday. The race initially delayed by over 40 minutes because of the rain.

Miller – who started from second position – immediately glued himself to the leading group, but on lap 3 he was overtaken by Rins. The Australian was very good at managing his race and with two laps to go, he attacked the Spaniard to finish with the second most extraordinary podium of the season.

“I was having to manage my own issues. It sounded all rosy and I put up a hard front but it wasn’t,” he reflected on his ride to third in Brno.

“I had many moments and I almost gave up the chase, let’s say.

“With about eight or seven laps to go, at Turn 4 I changed directions and there’s some chattery bumps there. As I hit them the front went ‘bounce rrrrrrrr’ and I thought ‘oh don’t you go on me’.

I managed to hold her up on my elbow and bring her home. That Suzuki turns really well. But also I was having to work it a lot on the last corner which really stressed the rear tyre a lot. So I knew what I had to do and manage it.”

Miller and Pramac Racing are hoping for another strong showing in Austria next weekend following their success in Brno.

For more information on this race, visit motogp.com