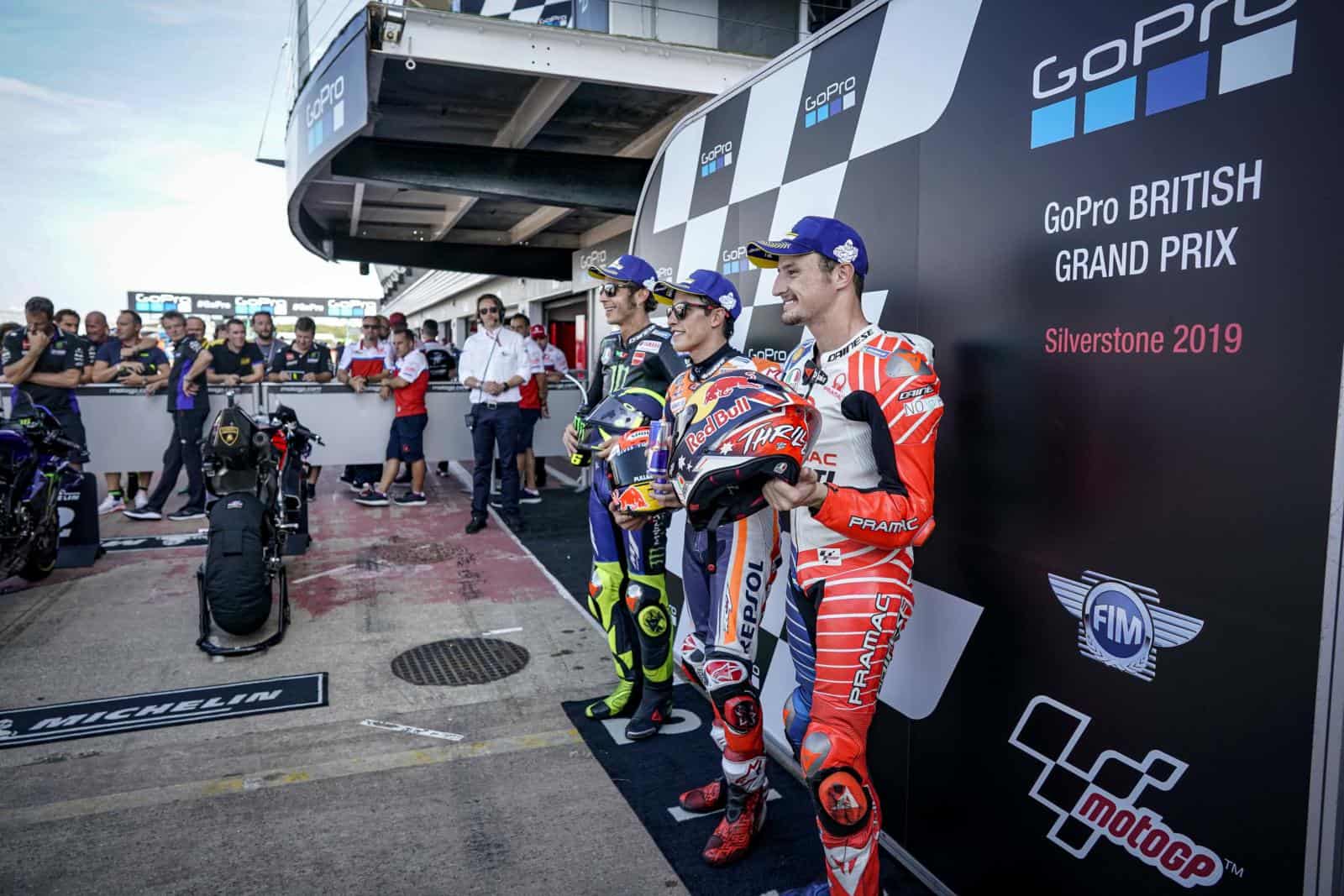 Pramac Racing had a really positive start to Silverstone weekend. Both Jack Miller and Francesco Bagnaia were enthusiastic about the new asphalt. Francesco said:

“I would like to congratulate Silverstone on the new asphalt. The circuit is practically a billiards table. It’s nice for us riders to have this feeling.”

Following a good time attack, Miller conquered 7th position, allowing him to qualify directly to Q2. Francesco ‘Pecco’ Bagnaia managed to lower his time set in FP1 by more than a second, despite finding traffic in the second flying lap. The Top 10 was very close – with less than 2 tenths of a second between the riders.

“We did a good job today, especially on race pace and exploring many combinations of tires. I’m satisfied with the way things went. In tomorrow morning’s FP3 we’ll focus on the time attack to try to qualify directly for Q2. The asphalt? They did a really great job.”

At the end of a fantastic last flying lap with Marc Marquez and Valentino Rossi, Jack Miller conquered his third “front row” of the season, giving him a P3 start for Sunday. After qualifying directly to Q2, Miller put in place a perfect strategy, and found himself fighting for pole position with Marquez and Rossi, closing the third sector with the hypothetical P2.

It was a difficult Saturday for Pramac Racing rider Francesco Bagnaia who, after the encouraging sensations of the FP4, didn’t manage to find the right feel with the soft tyres in Q1, giving him a starting position of 18th on Sunday. He remarked:

“The feelings were positive. Also in FP4 I was able to lap strong with the hard tyre at the rear. In the Q1 with the soft tyre, however, I had no feeling at all. I pushed to the limit but I risked to crash at least three times. We have to work with the data to understand what happened.”

Jack Miller started from the front row, but was forced to brake at the first corner to avoid being involved in an accident that occurred between Quartararo and Dovizioso. The Australian pushed hard in the first laps to try to recover on Crutchlow and Morbidelli for the fifth place. The pace was good, and from lap 10 he engaged in a fight with Crutchlow. The abnormal consumption of the rear tyre, however, did not allow him to catch up to Morbidelli. Thanks to his 8th place finish at Silverstone, Jack returns to the top of the “Independent Rider” standings.

Francesco Bagnaia’s race was positive. The Italian rider, who started from 18th position, finished in P11 taking important points for his standings.

Team Pramac Racing will face their next challenge at the Misano Circuit in Italy on the 13th – 15th September.

As always WD-40 will be right in the heart of the action ready to support the boys!