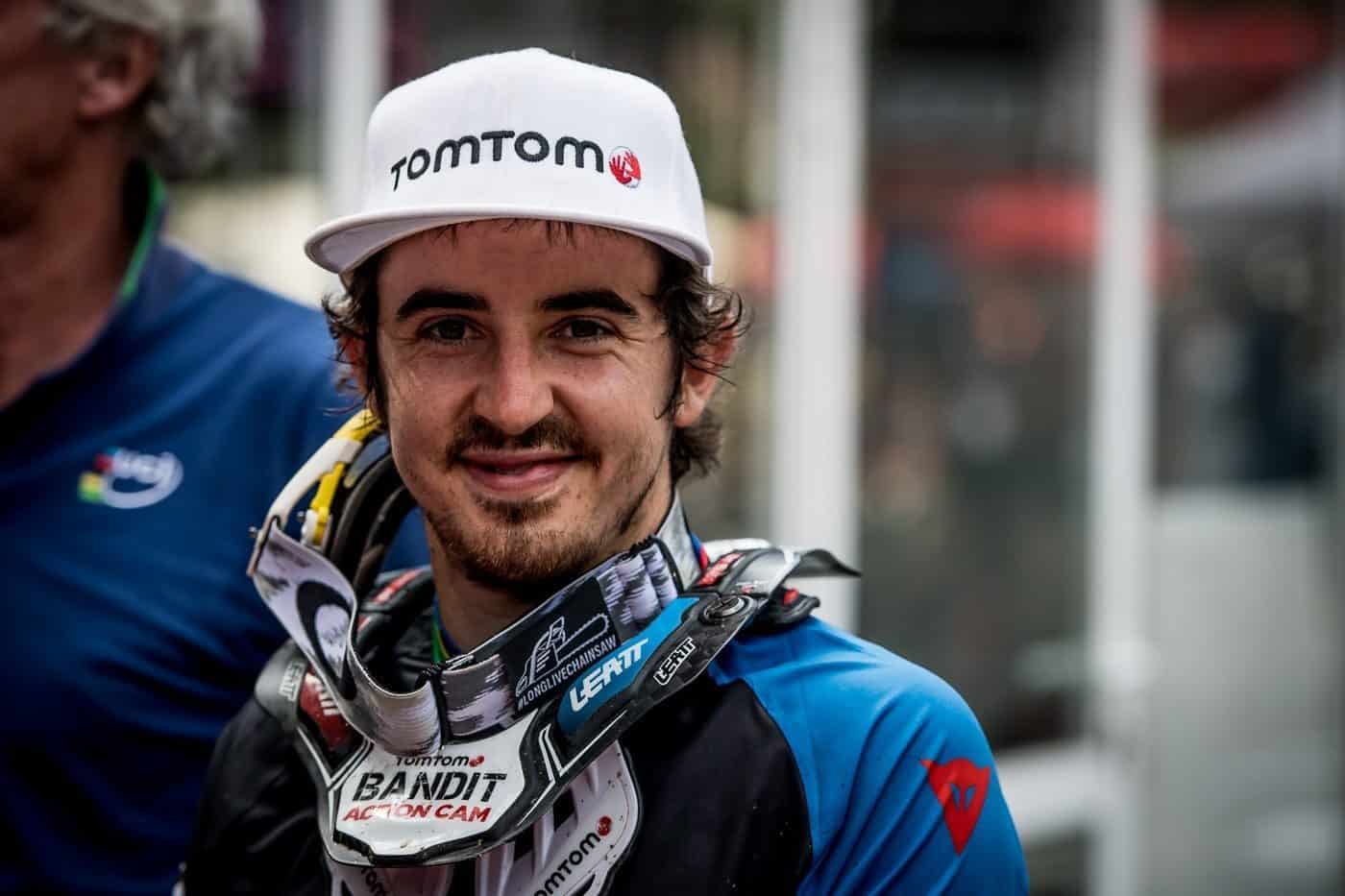 In racing they say confidence breeds confidence, and Danny’s perfect end of season form in the world cup championship couldn’t have been better. Winning the last 3 events back to back, the next stop for the selected few (chosen by their national governing bodies to represent their country) was the World Championships in Val di Sole.

The World Championships is a one day affair – the pinnacle of the season. 1 shot at glory, all or nothing. The question on everyone’s lips was – could Danny Hart really do 4 for 4?

Val di Sole has a reputation for being hard, but this?

This was without doubt the toughest race track of all time.

Defending Champion Loic Bruni looked fast in Sunday’s morning practise sessions but a puncture in his race run ended his hopes of a 2nd consecutive stint in the coveted rainbow jersey.

Team mate and fellow Brit Laurie Greenland set the day’s fastest time early on, a staggering 3 seconds faster than Saturdays best timed practise result from Danny Hart and as the riders came down one by one it slowly sank in that last year’s junior world champion could be about to write history and become this year’s elite men’s world champion.

1 by 1 the riders were coming down the mountain but all of their time splits were red – until Danny Hart left the start hut and showed the world what he and he alone, is capable of.

Danny’s run was everything, awe inspiring, creative, fast, (damned fast) and yet somehow completely in control – even inventive with the rapidly deteriorating course creating never before seen problems on track.

A sublime demonstration of talent & skill, Danny crossed the line 2.97 seconds faster than the best of the rest of the world in a league of his own, without a doubt as the most deserving winner of the World Championship Honours for 2016.

As you can imagine we are delighted to have been part of this season and to have supported Danny with our products.