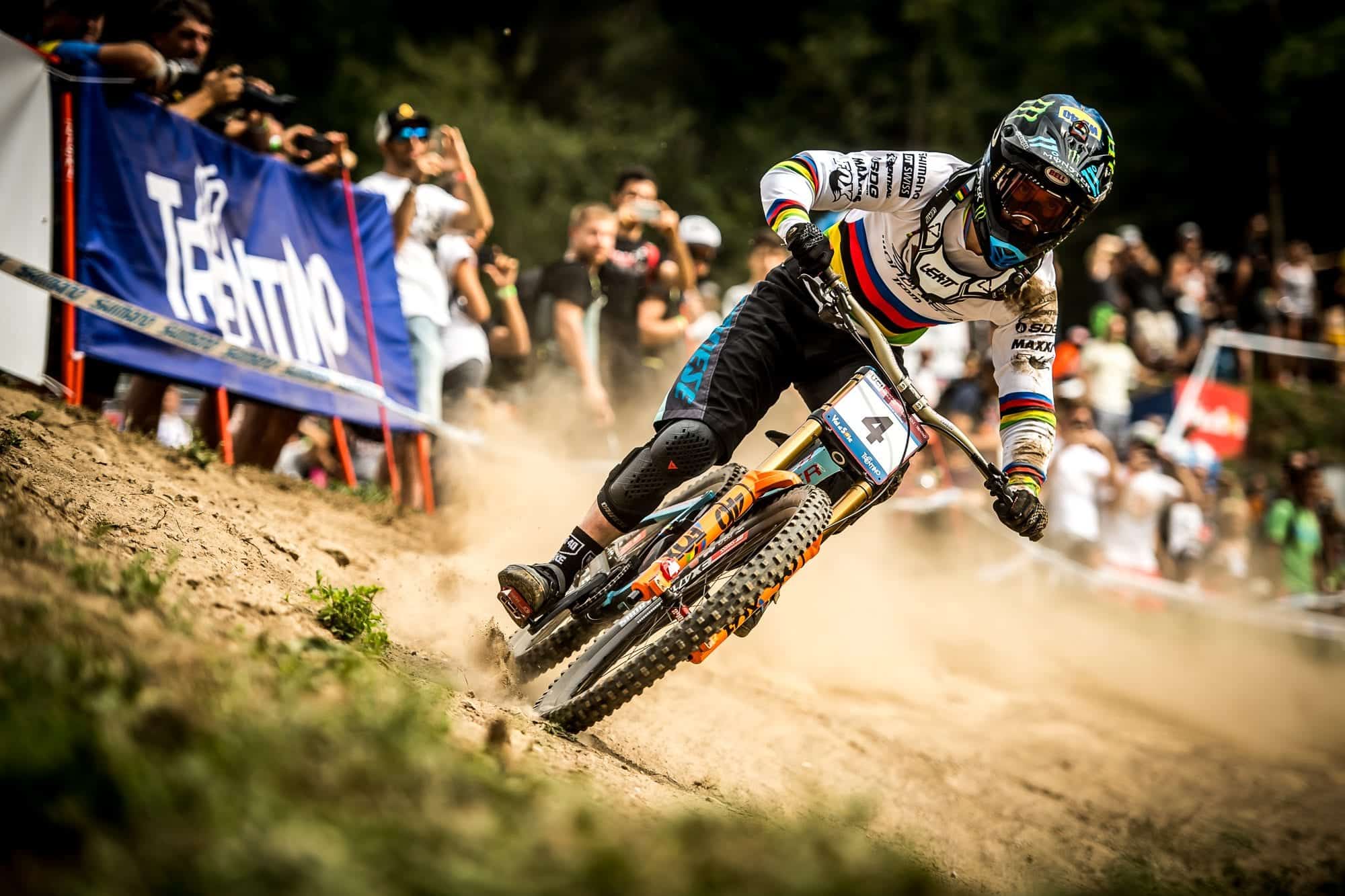 Last weekend the UCI Downhill world cup circus arrived at Val di sole for the final round of the 2017 series.

With the championship, still to be decided, all eyes were on Minaar and Gwin, 2 juggernauts of the sport who had fought hard all year to take the crown, but, with both experiencing uncharacteristic misfortune throughout the 2017 season, things had not gone to plan.

A statement that resonated for most riders in the top 5 in 2017, with a variety of technical or equipment malfunctions, even freak weather events that have thrown the 2017 series in to championship chaos at several points throughout the year.  A lot of the weird and wonderful ‘racing moments’ we have witnessed in 2017 have not been caused by rider error this year.

That misfortune has not been selective with WD-40 Athlete Danny Hart (who became world champion at this venue in 2016) also succumbing to unusual conditions early in the 2017 season.

At Val di Sole Danny was determined to continue his recent run of form that has taken him all the way back up to 4th overall in the standings as racing begun in the valley of the sun.

Danny used his race craft to qualify in a steady 8th place nicely in the top 10 and proof that he was on the pace.

On race day Danny was up on the first time split, but soon after had an un usual crash, Danny got straight back up and continued down the course, but the damage was done and with times so tight at the top Danny could unfortunately only achieve 32nd on the day.

That result meant that Danny finished the World Cup series in 6th overall – an impressive achievement considering he was unable to take any real championship points from the first 2 rounds.

Next up is the world championships for the last race of the 2017 season in Cairns Australia.