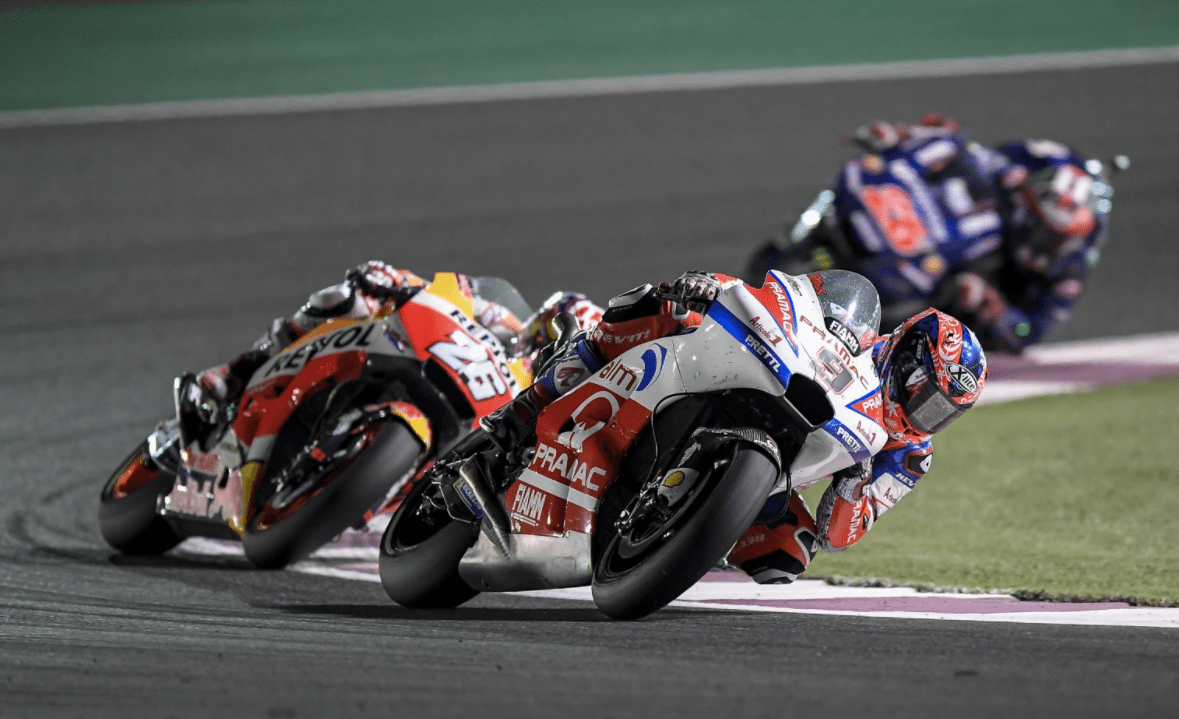 The team descended on Qatar for the first round of the Moto GP Championship 2018, and they certainly meant business. 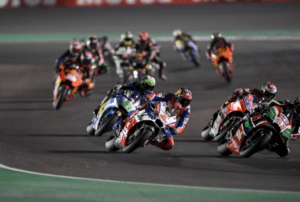 The first round went extremely well for Alma Pramac Racing. They achieved a double Top 10 finish thanks to the incredible racing of Danilo Petrucci (Petrux) and the solid performance from Jack Miller.

Petrux started from the front row and immediately positioned himself within the leading group. By lap 6, he looked to attack Marc Marquez for third place. Four laps later he then took on Valentino Rossi to overtake for fourth place. Halfway through the race he began a battle with Cal Crutchlow, Dani Pedrosa and Alex Rins, who crashed in front of Petrux, forcing him to lose contact with the leading group.

A tense battle for Pramac Racing

The rider from Terni remained focused throughout, and two laps from the end passed Zarco for fifth position, then defended himself from the attack of Vinales. 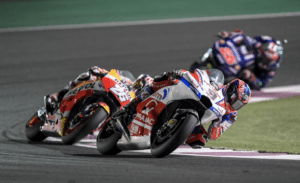 Petrux managed to hold his P5 until the end of the race, where he finished 3.8 seconds behind Andrea Dovizioso, who beat Marc Marquez at the last corner.

Jack started from P10 and in the first lap fought with Andrea Iannone and Dani Pedrosa. The Australian rider’s pace was extremely decisive and allowed him to maintain ninth position for a long time. However three laps from the end he couldn’t avoid Andrea Iannone’s attack. Jack finished his first race with Alma Pramac Racing with a solid Top 10.

Well done to the team on the solid start to the season. We look forward to the next round in Argentina from the 7th-8th of April! 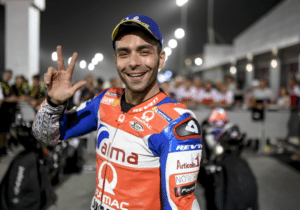 To find out more about the Alma Pramac Team, Visit their Website here!

You can find out more about MotoGP by visiting their Website here!

To find out more about the WD-40 Specialist Motorbike range, Visit Our Product Page!