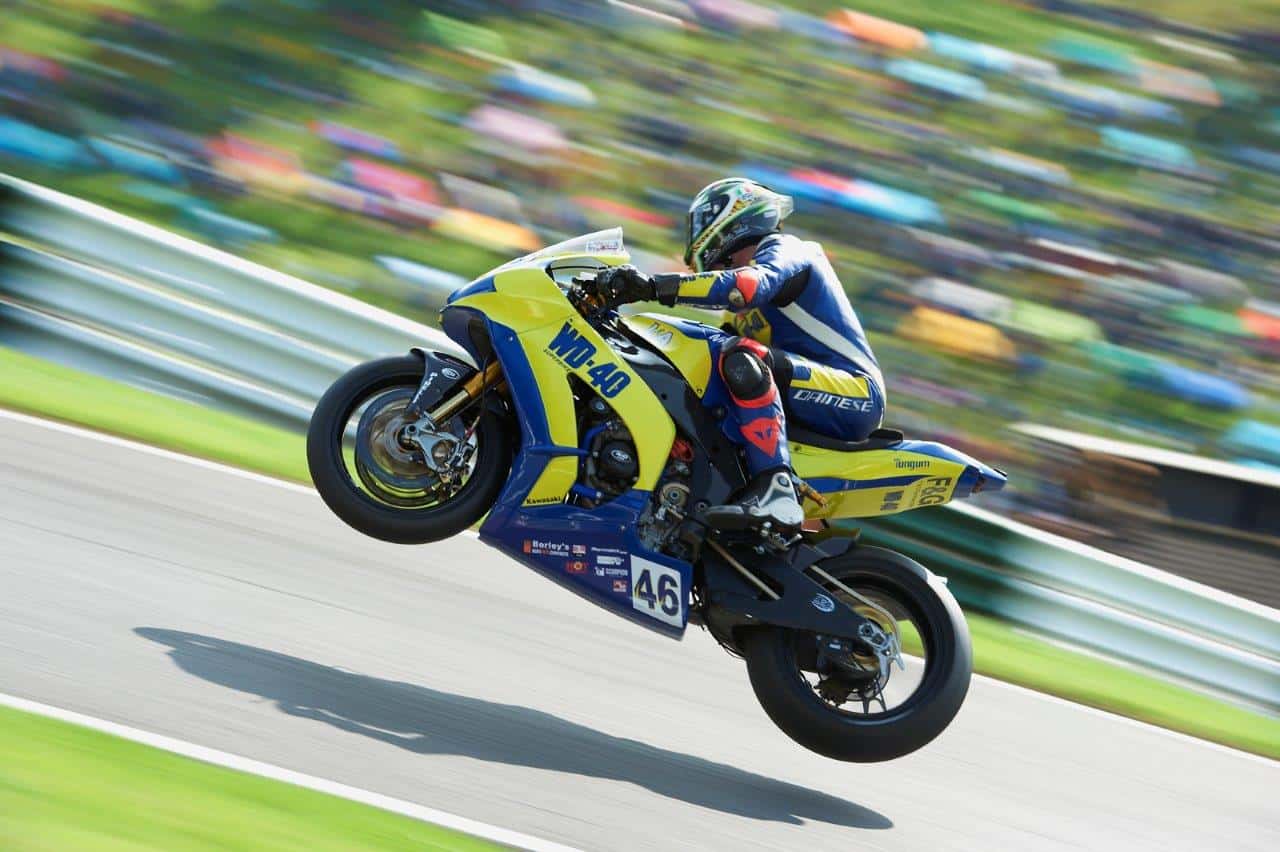 It was a weekend of highs for Team WD-40 at Cadwell Park over the weekend, as the team looked to build on recent performances and end the season on a high.

Tommy came into the weekend on the back of a disappointing performance at his home track of Thruxton last time out, but Cadwell Park holds great memories for the Wiltshire rider as this is where he claimed his first BSB race win in 2013!

Going into Saturday’s qualifying session, Tommy looked in fine form finishing the third practice session in 11th place, Tommy then followed this up with a brilliant qualifying session where he qualified in 12th position for the first race of the weekend with a time of 1:27.148.

This really set up Tommy’s weekend as he then used this place on the grid to pick through the field and finish race one of the weekend in 9th place, only Tommy’s second top ten of the season! This was then quickly followed up by Tommy’s best result of the season in the second and final race of the weekend, finishing in 6th place and gaining 10 points in the overall standings!

A great weekend for Tommy as he moves into 14th in the overall standings with one race of the regular season to go!

Podium Finish for the Outlaw!

It was also a great weekend for Mason Law, who continued his great form this season with a 3rd place finish in round 8 of the Pirelli National Superstock 1000 Championship. This podium finish moved mason up to 4th in the overall standings with one round to go!

A weekend of ups and downs for Delves

It was a mixed weekend for Liam Delves as he had a brilliant qualifying session and qualified in 7th place, only for a technical fault on the grid meaning he had to start from the back of the grid in 38th place! Non-the less, Liam didn’t let that hold him back as he cut through the pack to finish in 12th place! An unbelievable race for the young rider!!

The Boys will be back on track at Silverstone on the 8th-10th of September for the last Round of the regular season!