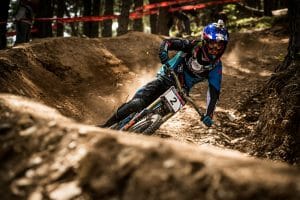 Making it 3 on the bounce for the Redcar Rocket!

After a hard week of dry, sunny and very dusty practise at the Val Norde venue high in the Pyrenees Mountains. Saturday was race day, and it delivered a sensational turn of events as the final round of the World Cup Series unfolded.

Aaron Gwin was always the bookies favourite for the 2016 season delivering the most consistent results after dominating the race scene for the last few years. Following his 2nd place qualification on Friday all Aaron had to do was roll down the hill in 80th position or better and the championship was his.

Business as usual then on race day, until, the heavens opened…

The dust had become so thick and deep that most of the top runners were already using mud tyres to hold any chance of maintaining grip, but for the last hour of racing, mud tyres were a necessity as conditions deteriorated and the heavens truly opened. The later the riders were the harder the conditions would be – making the fastest runners victims of their own success. 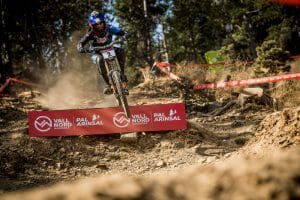 A moment caught on the TV coverage, pre-race runs said it all. A zoom in on Danny warming up showed a smiling man – who would bet against him in the mud.

Onto the hill and Danny delivered a truly masterful display of bike handling that was of genius level. Destroying the previous fastest time by nearly 3 second (that time was set by the worlds winningest world cup rider and multiple world champion Greg Minaar). The crowds erupted and now the pressure sat with the few remaining riders left at the start hut. With conditions deteriorating further, would anyone come close to matching Danny’s time? With Gwinn 69th at split 2 suddenly there was even a small glimmer of the overall, but that fairy tale was not to be, Gwinn finished a smart riders 55th to take the overall.

Danny has hit the form of his life as the season has continued. He suggested a 3 for 3 back in Mont Sainte Anne heading into Andorra, now he’s delivered on that. 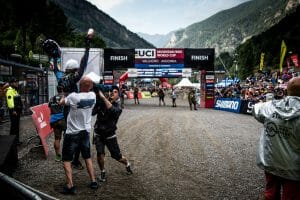 On Saturday, as he fielded the media questions from within the winner’s enclosure, Danny stated “Why stop here?” The next race for the chosen few is the World Championships in Val di Sole Italy on the 11th of September. And a fourth win on the bounce could provide the most prestigious result of them all… 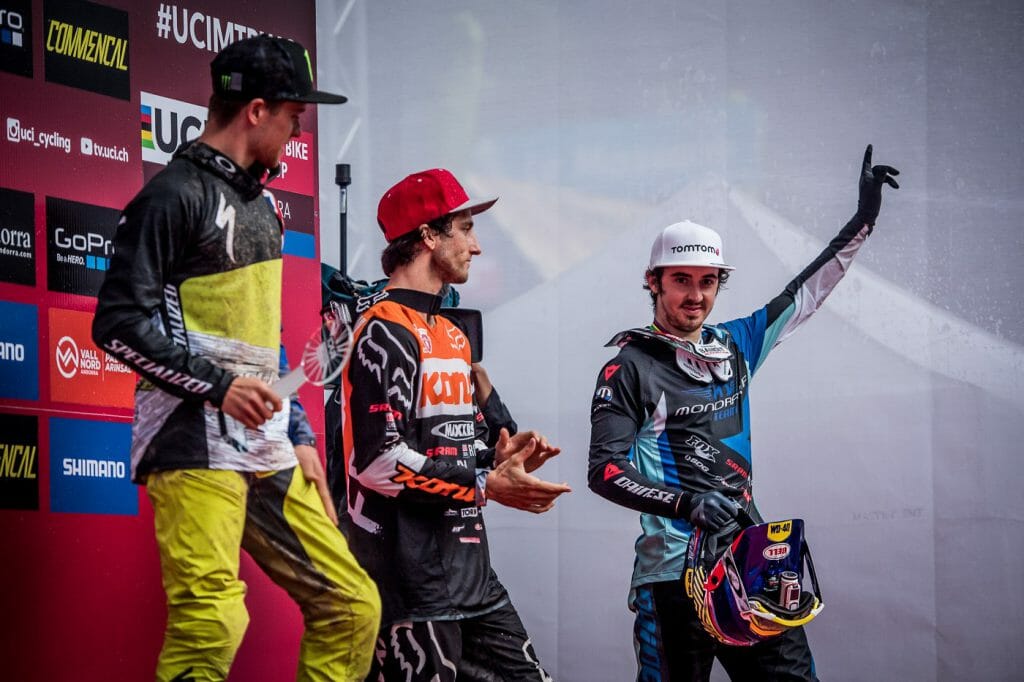