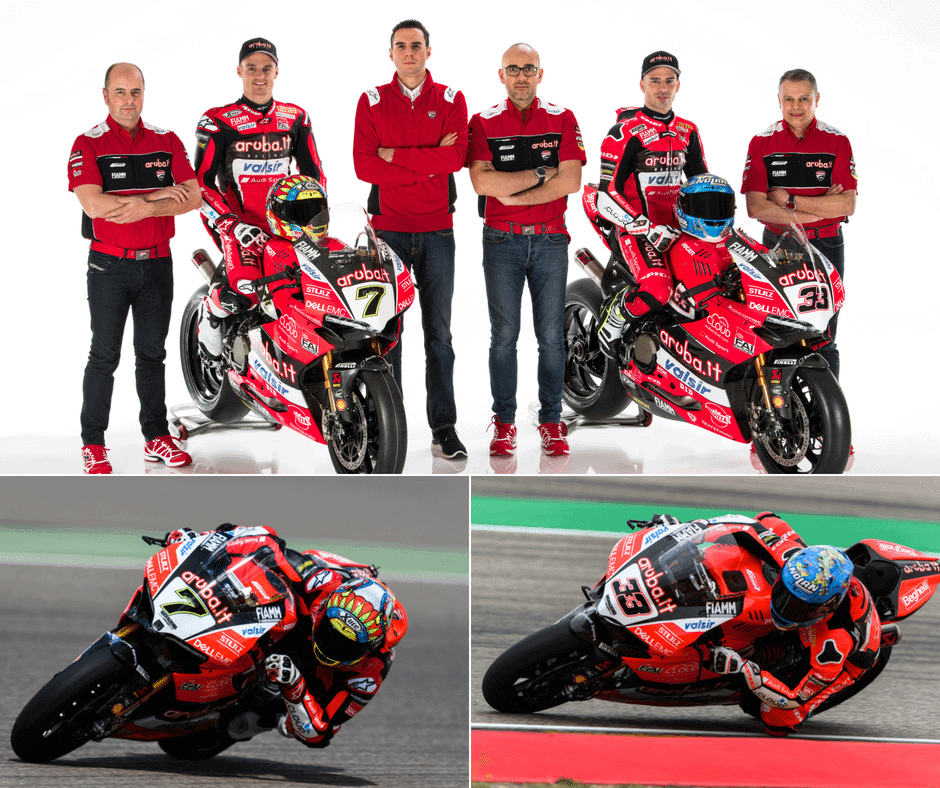 Second place for Melandri in Race 1 at Brno with the Aruba.it Racing

The Aruba.it Racing – Ducati team stepped back on the podium in Race 1 at Brno (Czech Republic), home of Round 7 of the WorldSBK Championship, thanks to Marco Melandri’s second-place finish. 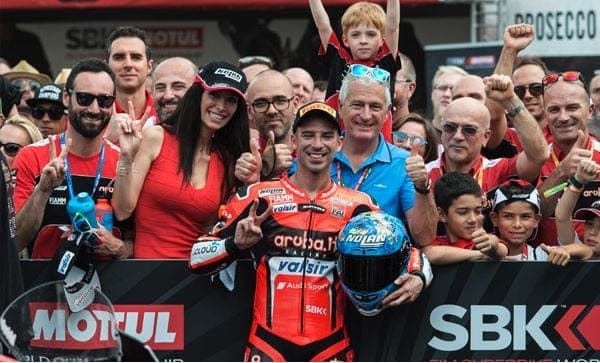 The Italian, third in Superpole, had the lead within his sight before the race was red-flagged due to a crash by Michael Ruben Rinaldi (who then was able to restart) at turn 5, which damaged the air fences. At the second start, Melandri once again tried to hunt down Rea but some grip issues prompted him to settle for second place.

Similar difficulties, albeit on a bigger scale, penalized also Chaz Davies. The Welshman, despite fighting with his usual determination, raced in the leading group early on but was then forced to drop the pace, finishing in eighth position. Michael Ruben Rinaldi, on track with the Aruba.it Racing – Junior Team, started from the back of the grid at the restart, climbing back several positions to score points in 15th place.

Marco Melandri: “After a difficult round, we managed to be competitive once again. It’s always nice to be on the podium, but track conditions today were really tricky. We lacked grip and the bike understeered. At the first start we were right behind Rea, who made a couple of mistakes, but at the restart I knew it would have been harder because the temperatures rose further. Still, we can be happy because we managed a difficult situation quite well. We solved most of our issues, even though we still need to improve. Tomorrow, it’ll be crucial to start well from third row and be fast early on, then anything can happen.”

Davies third in Race 2 at Brno with the Aruba.it Racing

After Marco Melandri’s second place in Race 1, the Aruba.it Racing – Ducati team took another the podium in Race 2 at Brno (Czech Republic) with Chaz Davies, who finished third.

The Welshman made a clear step forward since yesterday getting off to a strong start from second row, and quickly pulled away from the second group to defend his position until the checkered flag. Melandri, on the other hand, suffered an unlucky fate after a blistering start from third row that quickly saw him take the lead with a series of spectacular passes before being forced to go wide due to a rear-brake-lever issue. 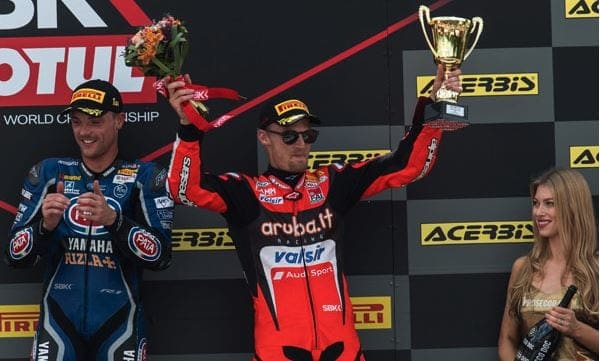 Chaz Davies celebrates his podium at Brno for Aruba.IT Ducati

Once he rejoined the race, the Italian climbed back to 15th position, also taking the fastest lap with a 2:00.176. Michael Ruben Rinaldi, on track with the Aruba.it Racing – Junior Team, took home his best WorldSBK result so far in sixth position. After seven rounds, Davies (205 points) and Melandri (157 points) are respectively second and fifth in the championship, while Rinaldi (54 points) is 14th.

Chaz Davies: “We finally made a step forward after a difficult couple of days, where we struggled with the setup and low grip levels. Despite still not having the best feeling, it was enough to put me in a position to hold my own and not drop off in the end of the race. We want to do better, but I’m really happy to be back on the podium. It’s important for the morale of the team, and we’ll keep plugging away without giving up. This is my ‘thank you’ to my crew, who worked so hard. We recovered some points on our rivals but the priority is to get the feeling back 100 percent and hopefully we’ll take it to the next level soon.”

The Aruba.it Racing – Ducati team will return to the track at Laguna Seca (United States) for the eighth round of the WorldSBK Championship, scheduled for June 22-24.