ANOTHER EPIC WIN FOR WD‑40® RALLY! 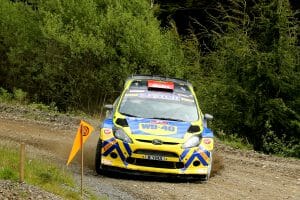 Another epic win for Team WD-40 at the Plains! After winning at Somerset in April and at the Pirelli Rally a couple of weeks back, team WD-40 took to the road again on Saturday 13th May at Plains Rally in Wales. They entered the race 2nd in the overall championship, just behind Callum Black. The wet weather conditions proved to be a challenge, with the likes of Charlie Payne (2016 BTRDA champion) & Connor McCloskey tailing behind very early on. Leaving Stephen Petch and Callum Black battling it out for first place. They were level pegging at stage three but despite the close battle, Stephen managed to win the race harvesting maximum points putting him in top position in the overall championship with an 11 second lead. 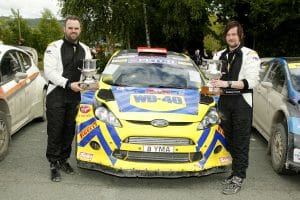