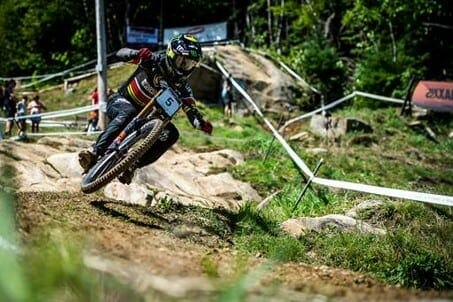 After 4 weeks of rest Danny Hart and the guys were back in action this weekend where the World Cup Series travelled to Mont Sainte-Anne in Quebec, Canada. The oldest downhill track on the World Cup circuit and one of the longest – known for being rough and fast.

Torrential rain meant practice was delayed and there was concern regarding qualification. However, the sun came out for the remainder of the weekend and allowed the track to dry and gain tackiness.

Qualification was hard fought, and Danny Hart managed to achieve the quickest qualification time leading into the final on Saturday.

Danny tried to maintain his consistency like he has done throughout the season. He fought until the end and managed to accomplish a 3rd place finish overall for the weekend which signified a fantastic weekend of riding.

Amaury Pierron was able to wrap up the overall series with one round to go with a fourth placed finish as he managed to just squeeze ahead of Loris Vergier.

This weekend’s results have boosted Danny up to third in the overall Downhill Men’s Elite Ranking and leaves him in a great position for a strong end to the season and a big battle for second place at La Bresse in a couple of weekends time. There’s now only 5 points separating him from Loris Vergier, which will see an exciting climax to a hard-fought season. 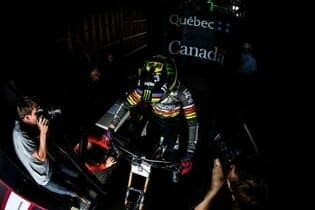 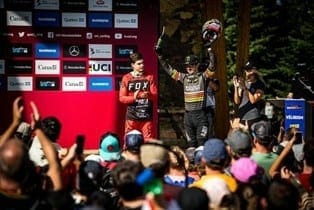 Did you know that Danny Hart uses WD-40 BIKE products? Find out more on the range here!