PUNISHING WEATHER AFFECTS THE OUTCOME OF RD1 IN LOURDES 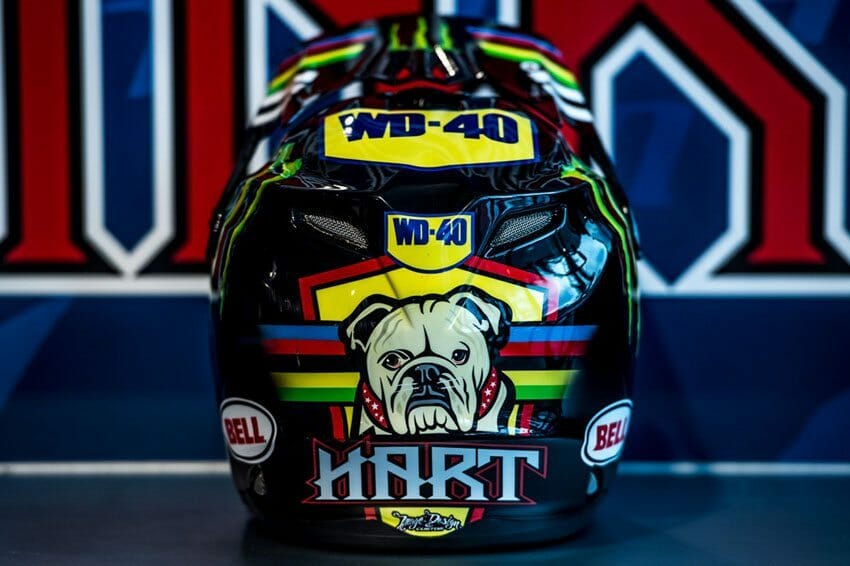 After the 7 months of ‘off season’ the mountainbike world waited in feverish anticipation for Rd 1 of this year’s UCI Downhill World Cup which took place in Lourdes, France.

Qualifying was sensational with 3 of the top 6 spots taken by riders aboard the new 29” wheel size machines in development for 2017. Expect this to be the new standard by the time we arrive at Rd 2 in Fort William, Scotland in June. 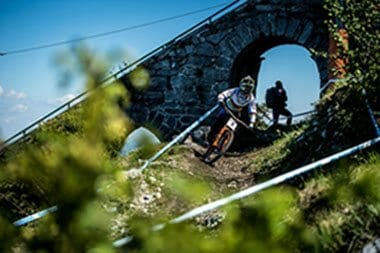 Race Day – This was the most hyped up race in years, but, the showdown, the reveal, the fight we all wanted to see amongst the world’s fastest, never materialised.

The hill, the conditions, the opportunities available, were not the same for all.

As the process dictates, the fastest qualifiers come down the hill last. Ordinarily this guarantees, the amazing spectacle we have come to know and love, with the thousands of a second becoming more crucial as the afternoon rolls on.

Not wanting to take anything away from Frenchman Alexandre Foyolle’s win, it was spectacular, it had commitment that was unmatched in dry conditions and was within 0.1 seconds of the fastest qualifying time 24 hours before.

But the storm came in early, the wind picked up to gusts of 140kmh, the clouds descended and the rain came, just as the fastest men started their runs.

For a season opening event with so much expectation, the fans, the teams, even the riders themselves we were all robbed of ‘what might have been’. 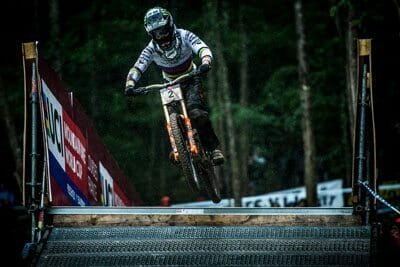