A weekend of ups and downs for TEAM WD‑40® 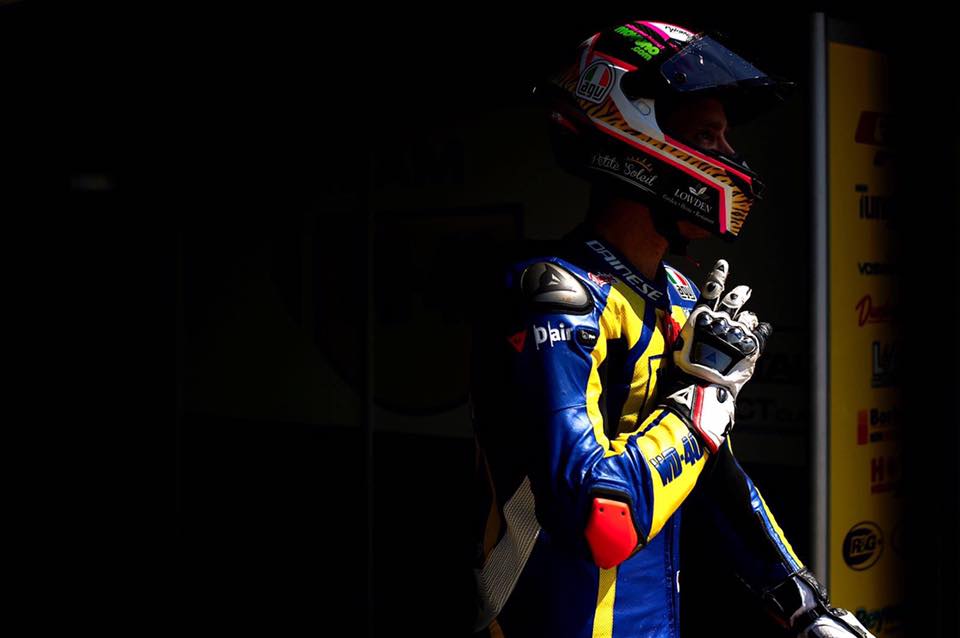 It was a weekend of ups and downs for Team WD-40 who were back in action in Round 6 of the British Superbike Championship at Brands Hatch over the weekend.
The weekend started with a gamble by TEAM WD-40 and Tommy Bridewell with the guys deciding to run the bike with both options of tyre in use, using the soft option on the front and the hard option on the rear, Tommy was the only rider in the paddock to do this.
In qualifying, it looked as though the gamble wouldn’t pay off as Tommy struggled and made it to 17th on the grid for the first race of the weekend. Although starting from further down the grid, Tommy fought back to finish in 14th place.
With another points scoring race under his belt, Tommy looked to improve going into the 2nd race of the weekend. He proved that the gamble on the tyre selection gave him the edge he needed to break away from the middle of the grid with Tommy battling his way into 12th position.
These results mean that Tommy has still scored points in every round of the championships and improvement looks to be on the horizon for the Wiltshire rider. Tommy sits in 14th position in the championships standings and will be looking to improve next time out at Thruxton. 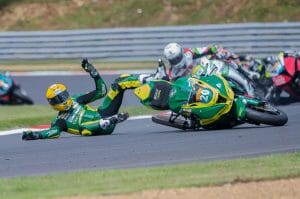 Mason Law’s weekend was definitely a tale of up’s and down’s, the weekend started well as Mason rode into 5th place on the grid in

After a disappointing weekend, Mason remains in 5th position in the overall

standings. He will be hoping his luck improves next time out at Thruxton.