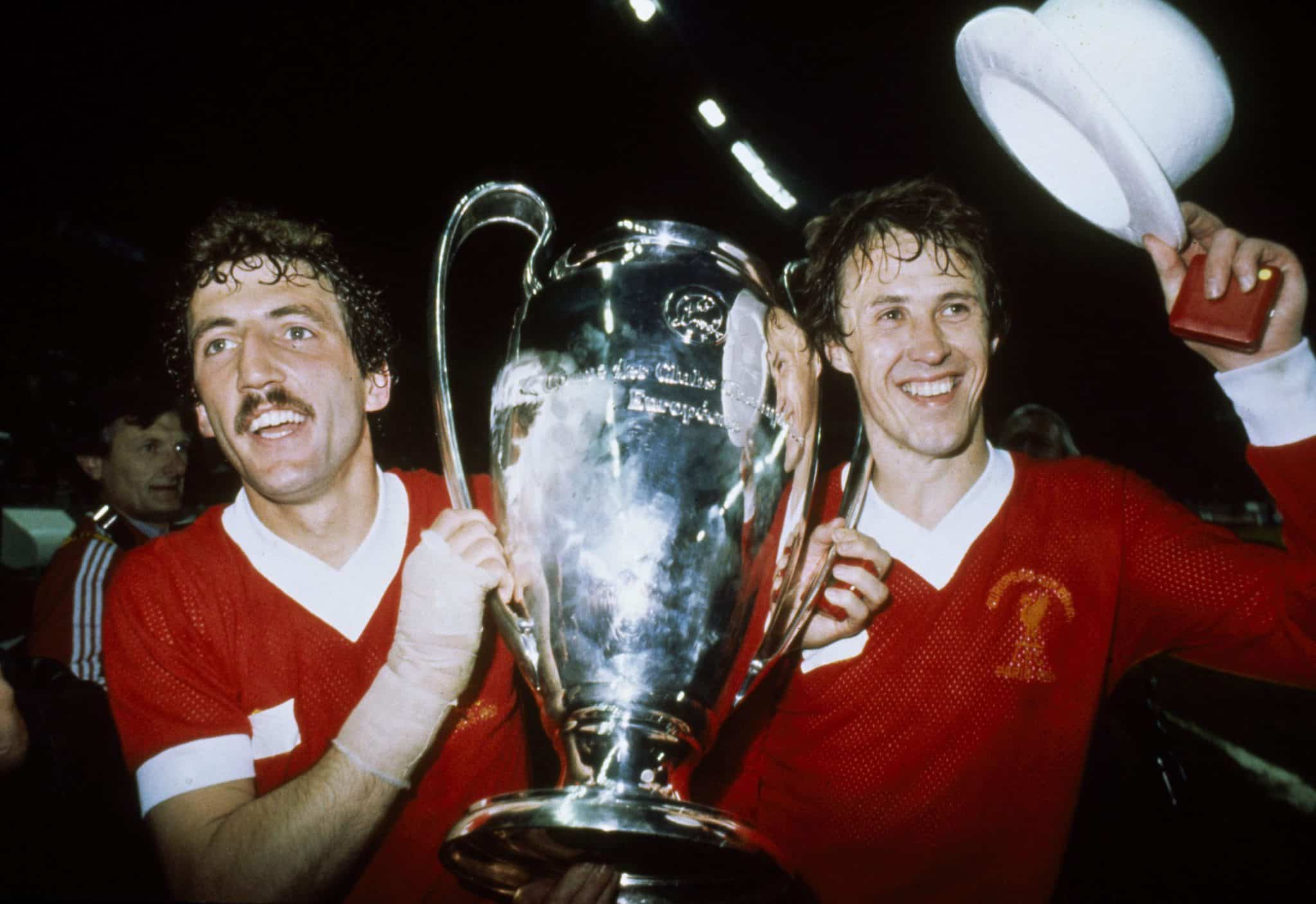 The 2019/20 season didn’t pan out too well for English teams in Europe. After providing all four UEFA Champions League and Europa League finalists the previous campaign, a series of surprise exits in both tournaments’ latter stages meant the Premier League didn’t have a single representative at this year’s showpiece events.

Their absence probably says more about the unpredictability of knockout football than it does about the state of the English game, but it’s certainly a reminder of how difficult it is for one nation to be dominant in Europe year in, year out.

LaLiga’s record of producing continental trophy winners since the turn of the century is exceptional, but you’ve got to go back to the 1980s to find a time when Britain clubs asserted a similar level of dominance – winning back-to-back European trophies from 1980/81 through to 1985/6, including two in the first year of the decade.

Shock winners, iconic teams and some of the coolest retro kits on display; these are five seasons that are worth reminiscing about…

It doesn’t get much better than the 1980/81 football season as far as English football fans are concerned, as two teams of very different statuses secured continental silverware. Liverpool, in the midst of a staggering period of domestic dominance, lifted their third European Cup after beating Real Madrid 1-0 in Paris. Ipswich Town on the other hand, won the only European trophy in their history, as they defeated Dutch side AZ Alkmaar 7-2 on aggregate in a two-legged UEFA Cup final.

One similarity between the two teams was the kit they wore in their respective finals. Despite being made by different brands (Liverpool’s was produced by Umbro, Ipswich’s by Adidas), both had a somewhat oversized white V-neck collar and neither had a sponsor. In Liverpool’s case this was because they wore a bespoke kit for the final that removed all branding, even taping over the Umbro logo to fall in line with UEFA’s decision not to allow shirt sponsorship in the biggest match of the season.

The key variation (besides the colours) was Adidas’ iconic three stripes on the sleeves of Ipswich’s strip, but both shirts are considered classics for the teams’ achievements while wearing them. That’s undoubtedly true of Ipswich Town – while Liverpool went on to win three more European Cups and a whole host of other trophies, the Tractor Boys are yet to win another major honour.

Aston Villa’s 1981/82 European Cup triumph is a similarly defining match for the Villans, who have added a relatively modest amount of silverware to their trophy cabinet in the years that have followed. Their 1-0 defeat of Bayern Munich is the pinnacle of the club’s achievements, with Peter Withe’s 67th-minute winner in a 1-0 victory writing him into Villa Park folklore.

The Midlands club’s crowning glory often seems to get forgotten about, perhaps because the story lacks an iconic manager – Tony Barton was in the dugout after long-term boss Ron Saunders resigned following the quarter-final stage.

Villa’s wore their away kit for that final in Rotterdam and it really is a thing of beauty. Their European Cup win may not get the coverage of other continental triumphs, but few teams can have won it in more stylish attire than the Villians’ white shirt with thin claret pinstripes from Le Coq Sportif. 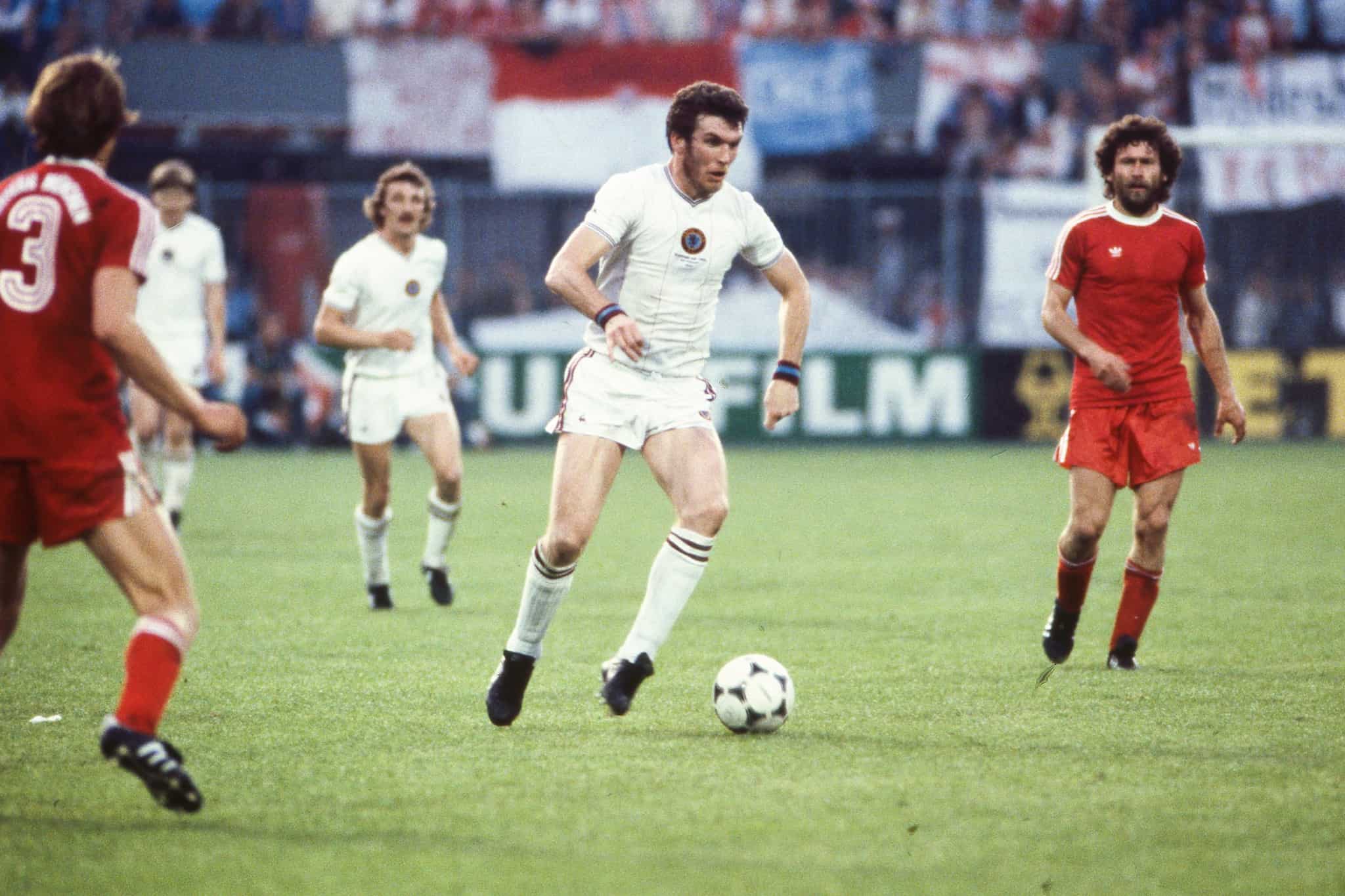 It’s almost impossible to imagine a Scottish team from outside of the Old Firm winning a European trophy in 2020, but Alex Ferguson’s Aberdeen shocked the footballing world when they won the UEFA Cup Winners’ Cup in 1982/83.

This wasn’t a fluke either. The Dons had to beat giants Bayern Munich in the quarter-finals en-route to the final, before defeating Real Madrid 2-1 in Gothenburg. Ferguson went on to dominate English football with Manchester United in the 1990s of course, but this underdog victory was right up there with his greatest achievements in the game.

Much like with Aston Villa the previous season, pinstripes were the order of the day when it came to Aberdeen’s kit – their all-red shirt with retro Adidas logo and the thinnest of white stripes is one of the defining strips of 1980s Scottish football. 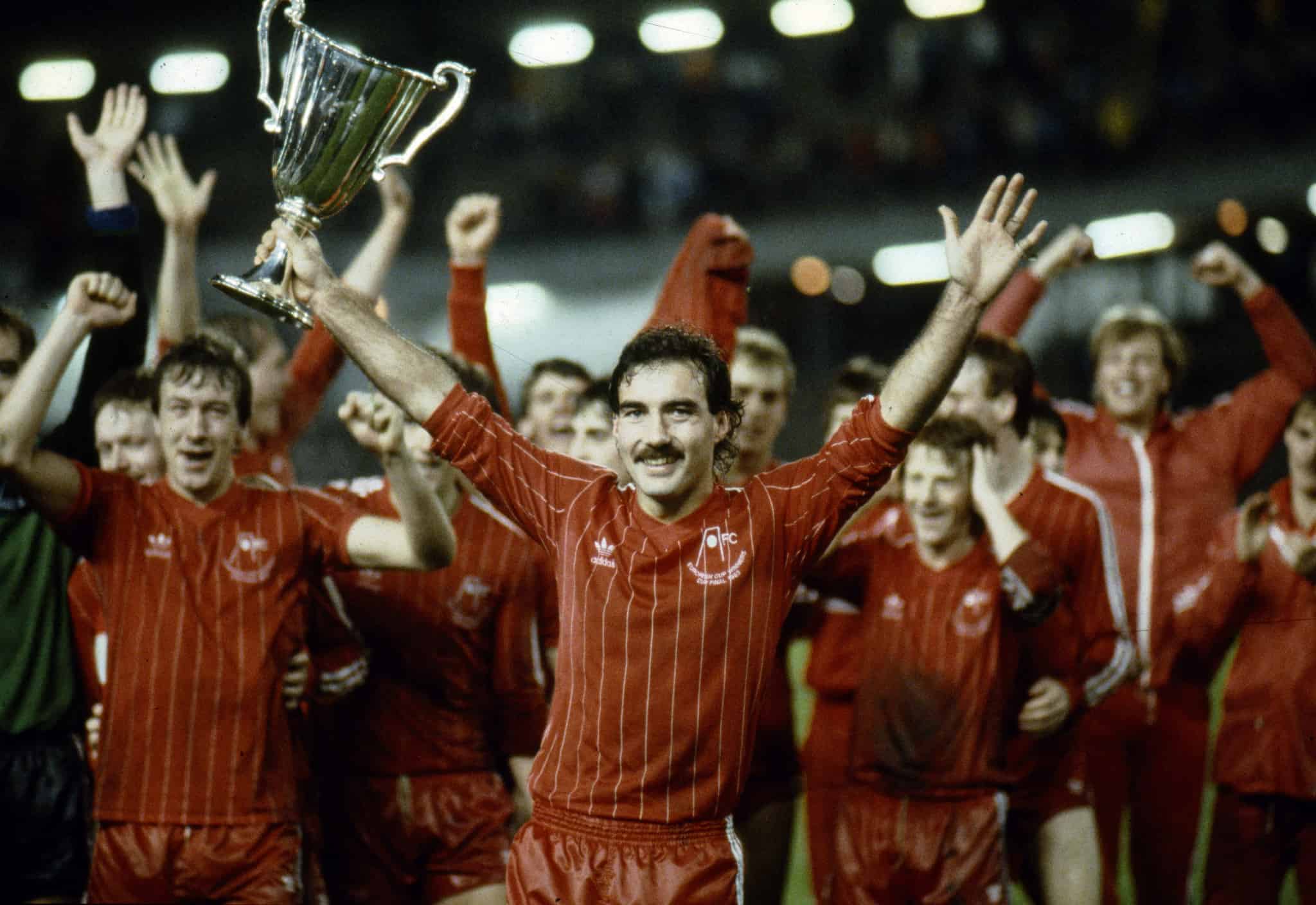 To lift one European Cup is commendable, but to win two is quite something. Liverpool achieved that feat when they beat Roma on penalties in 1983/84, after a 1-1 draw in the Giallorossi’s Stadio Olimpico home. It was their ninth major honour that decade and they would go on to win 13 league, european and domestic cup trophies across that ten year stretch.

Graeme Souness, Kenny Dalglish, Alan Hansen are just some of the legendary names to appear in both those finals, while goalscorers Alan Kennedy (1981) and Phil Neal (1984) also played a part in both European triumphs. It’s almost impossible to argue against this Liverpool team being the greatest of their era, while their pinstriped Umbro kit from the second final is just as stylish as the one worn in Paris.

Everton are used to living in the shadow of the red half of Liverpool, but the Toffees weren’t a bad team either during the 1980s. Under the stewardship of Howard Kendall they won two First Division titles, an FA Cup and the 1984/85 UEFA Cup Winners’ Cup.

A 3-1 victory over Rapid Vienna was secured with goals from Andy Gray, Trevor Steven and Kevin Sheedy, but their win in Rotterdam marked the end of Britain’s dominance in Europe – the Heysel disaster the same year saw English teams banned from continental competition until 1990/91.

Their blue Le Coq Sportif shirt with a white V-shape just below the collar is synonymous with Everton’s only European success and it’s a testament to its enduring appeal that the club brought back to the design for a retro-inspired kit in 2009/10. This strip is one which has stood the test of time.