Home » Press Area » Gods to kings: Who are the greatest goalscorers to wear the Liverpool shirt?

Gods to kings: Who are the greatest goalscorers to wear the Liverpool shirt? 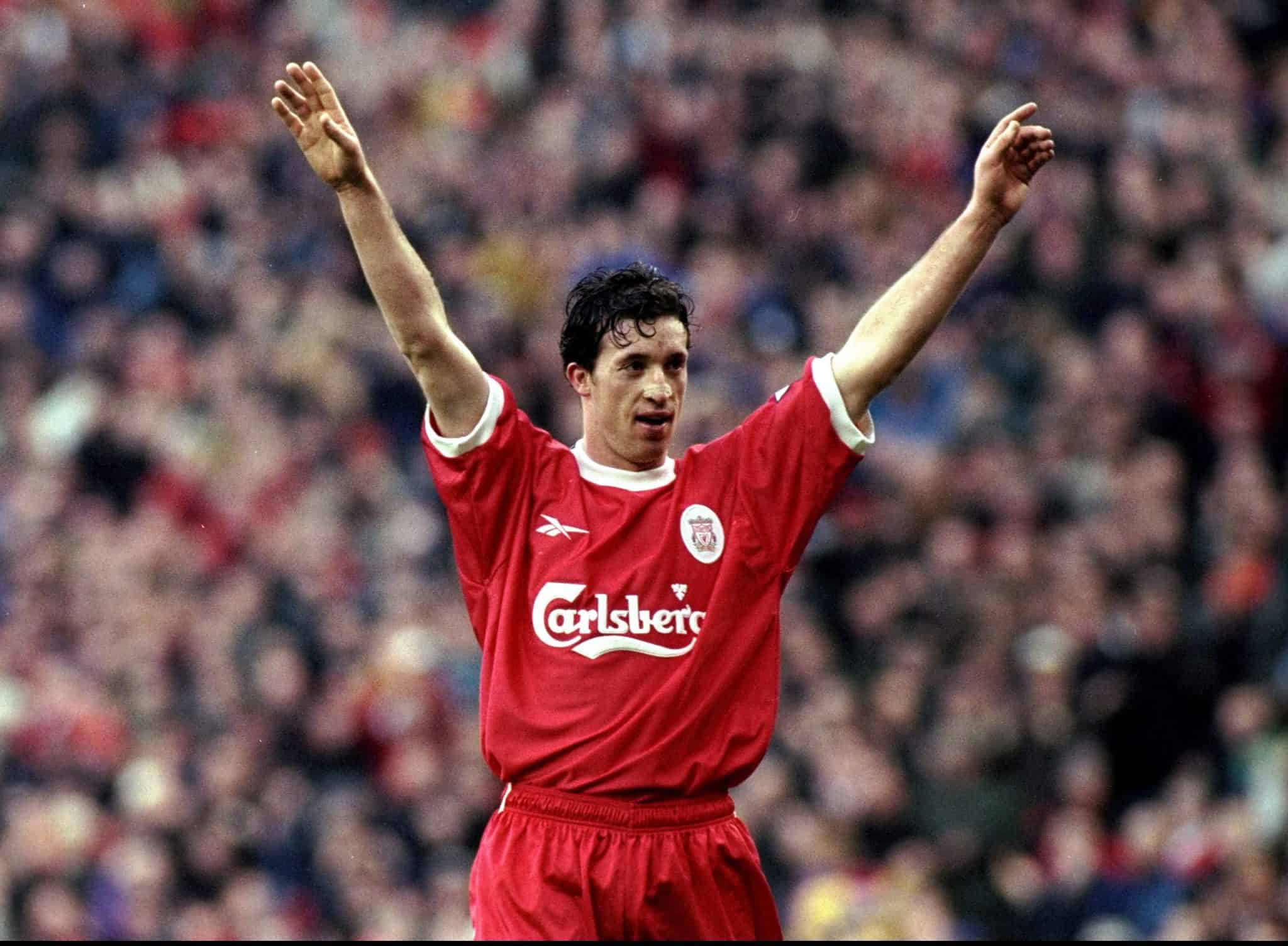 Since the inception of the Premier League, few teams can rival Liverpool when it comes to producing, unearthing and developing elite goalscorers. However, perhaps even more impressive is the fact these forwards all differ in style, highlight the fact the Reds really do change with the times.

It started with the man the Kop nicknamed God. Robbie Fowler scored on his debut for Liverpool in a League Cup match against Fulham but really announced himself in the return leg at Anfield when he put on a show, netting five goals in the process. Unshackled on an unsuspecting Premier League, the ‘Toxteth Terror’ scored a hat-trick against Southampton as well as two against Tottenham Hotspur, on his way to 12 league goals in his debut campaign for the club.

Fowler then scored 30 or more in all competitions in three successive seasons, including a 28-goal showing in the league during the 1995/96 season when he had that memorable bleached blonde hair and Liverpool wore that away kit.

What made the local-born marksman so special was how he managed to balance arrogance and class. How, despite his tender years, his decision making was that of a seasoned veteran. Fowler was a scorer of extravagant goals and an extravagant goalscorer. The Liverpool No.9 was just as likely to score a header from close range as he was to score an audacious goal from distance. If there was ever a game to showcase exactly what he was all about, it was when the Merseysiders travelled to Old Trafford in 1995.

He scored two of the most outrageous goals against one of the best goalkeepers ever in Peter Schmeichel. The first was all power and it was one he had no right to score. After picking the ball up just outside the area he carried it forward and looked set to pick out Ian Rush in the box. To the surprise of everyone, he instead unleashed a thunderous left-footed effort that beat the United shot-stopper at his near post.

His second might be even better. After chasing a pass played into the channel, Fowler nudged Gary Neville out of the way. Steadying himself in the area, he nonchalantly lifted the ball over Schmeichel using his weaker right foot before watching it float into an empty goal.

Fowler was all about guile. His successor was the complete opposite, relying on pace and power to be at his destructive best. With God ruled out through injury, Liverpool turned to another academy player in Michael Owen. He played on the shoulder of the last man and few defenders in world football could keep up with him. The 1998 World Cup hero for England scored 15 or more league goals in all but one of his seasons with Liverpool.

Owen was an explosive one-on-one player who relied heavily on instincts to be at his best. Fowler, on the other hand, was a lot more calculated. But both offered what was required in their respective eras. Liverpool then moved with the times yet again, when they parted with a club-record fee to bring Fernando Torres to the club.

Teams had slowly moved away from two-man attacks and needed a well-rounded number nine to lead the line. Torres did that and then some. Initially paired with Dirk Kuyt or Andriy Voronin, Rafa Benitez eventually deployed Steven Gerrard behind the Spaniard and the two forged one of the most destructive partnerships in Premier League history. Torres could run in behind and drop deep. He could act as a targetman when required and he was comfortable making those decoy runs to bring others into play. He was as explosive as Owen was but there was a physical presence about him, too. For a period of time, he was the quintessential No.9.

His maiden campaign in England yielded 33 goals in all competitions and he followed that up with 39 across the next two seasons, before eventually leaving to join Chelsea for a then Premier League record £50million.

Again, the demands placed on forwards changed and Liverpool were forced to evolve. Strikers went from being judged exclusively on goals to being judged on everything else they did. An attacker defending from the front went from being a luxury to a necessity. Luis Suarez arrived from Ajax during the same window as Andy Carroll, as the Reds looked to switch up their attack after the sale of Torres.

Carroll’s stint on Merseyside was short lived but Suarez terrorised opponents in England for over three years. It wasn’t until the arrival of Brendan Rodgers that the Uruguayan delivered goals to go alongside his work rate. He scored 30 in all competitions in 2012/13 and then spearheaded Liverpool’s title challenge during 2013/14 with 31 Premier League goals in 33 appearances. Furthermore, you could put together a Goal of the Season competition using his efforts alone. They ranged from the ridiculous – that 18-yard header vs West Bromwich Albion – to the sublime. How he controlled that long ball against Newcastle United defied logic, and to show he wasn’t a cheat code he added a few tap-ins too.

Liverpool didn’t immediately replace Suarez. It was an impossible task and probably remains so to this day. His skillset was and still is unique. So the Reds reassessed their approach and realised multiple goal threats are better than one. To the surprise of many, they added Chelsea reject Mohamed Salah to a frontline already containing Sadio Mane and Roberto Firmino in their quest to bring their title drought to an end.

In his first season with the club, the ‘Eygptian King’ shattered the Premier League record for most goals scored (32) in a single campaign. The system was built around getting the wide forwards into dangerous areas with great frequency and Firmino’s selflessness was key to that. Salah brought Lionel Messi-esque numbers to the top flight of English football and a second Golden Boot followed. What he’s doing in the Premier League is quite remarkable. The sheer volume of his contributions makes him one of the most dangerous attackers to ever play in England. In his three full seasons with the club, Salah has averaged 25 league goals and there’s no sign of that stopping anytime soon. During that time, the Reds have lifted the European Cup and the Premier League.

From Gods to Kings and everything else in between, Liverpool have had some of the greatest goalscorers in Premier League history.