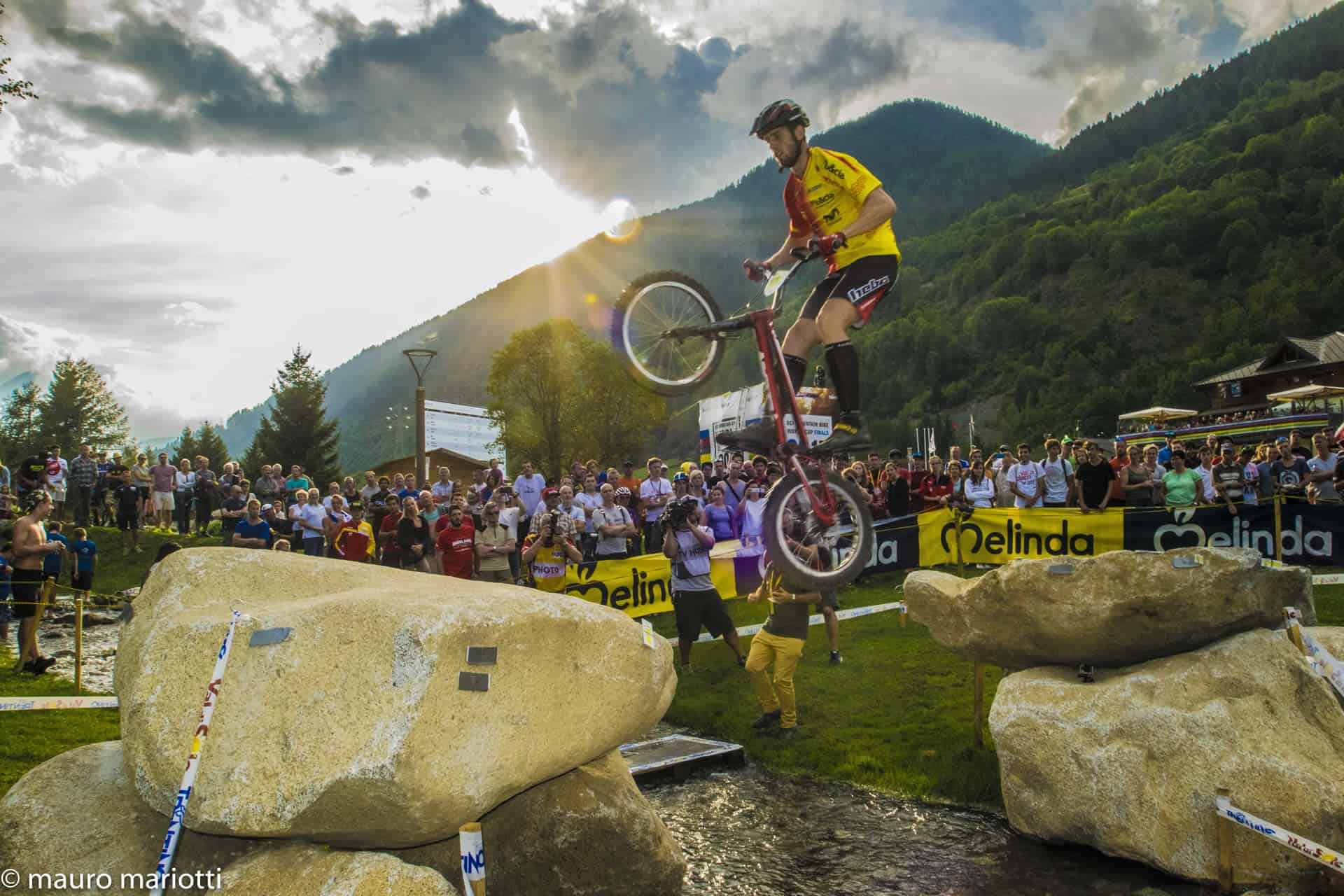 Hosted in Val di Sole Bike Land, Italy, the UCI Trials World Cup 2019 event took place in the town of Vermiglio, with the beautiful San Leonardo Lakes as a backdrop. The perfect setting for this exhilarating worldwide event, in a region where mountain biking is part of the local DNA.. The competition arena was situated within a newly constructed bike park.

In Val di Sole, cycling is always a festival no matter what the season or discipline. 2019’s event, held from August 23rd to 25th, was no different.

A huge crowd gathered at the San Leonardo Lakes for the decisive day, despite heavy rain downpours in the afternoon. The highly intensive program featured the Men’s Class 20” and 26” semifinals in the morning. The finals of the two Men’s categories as well as the Elite Women’s category took place in the afternoon.

World Champion Nina Reichenbach triumphed in the battle between the 6 strongest women. The German won her first World Championship in 2016, then the World Cup stage twelve months ago right here in Vermiglio. Reichenbach needed to overcome a bad mistake in section 3 which launched young Spaniard Vera Baron into the provisional lead. With a perfect display in section four, she managed to regain the lead and clinched her first 2019 World Cup win with 230 points. Second place went to French Manon Basseville, with Czech Alzbeta Pecinkova finishing 3rd.

In the Men’s Class 20”, World Champion Thomas Pechhacker dominated.  Early on he put distance between himself and the rest by taking full points in sections 1 and 2. His place was secured in spite of a bad mistake in section 5. The Austrian closed with 240 points, leaving behind German Dominik Oswald and last year’s winner and World Cup leader Alejandro Montalvo of Spain.

The Men’s Class 26” closed the program in style. It was a clash of titans – World Champion Jack Carthy and defending champion Nicolas Vallée. Vallée’s mistake in section 3 allowed the Brit to open a gap he would defend until the very end. Completing the sweep of rainbow jerseys and unaffected by the poor weather, Carthy offered a perfect performance. He closed with a full score of 300. Vallée was second with 260 points, and Swede Joacim Nymann was third with 200.

The show was appreciated by the athletes the public alike, providing a perfect closure for the long season started back in March.

WD-40 were extremely proud to be the official suppliers to this spectacular event, snd wish to congratulate the riders on their incredible performances!

The picture was taken by Mauro Mariotti.  See more of his images from the UCI Trials World Cup