How to loosen stuck, rusted and seized nuts and bolts 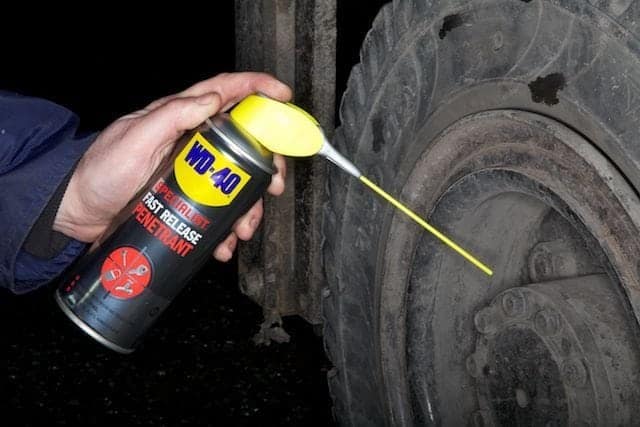 If you ask what is the single thing that is most affected by rust and corrosion, the unanimous answer would be nuts and bolts. Most of the time, the nuts become one with the accompanying bolt. They are so stuck and seized in place that it becomes difficult to even move them. Rusted equipment can cause serious harm to any product. Unless these are covered with rust-resistant sprays, they are at a risk of rusting and corroding. There are some particular conditions that fasten the rate of rusting such as a humid climate and too much exposure to moisture. While not all forms of rust are detectable visibly. They can cause harm to the equipment and can even lead to their malfunctioning.

Rust and corrosion in case of bolts and nuts can lead to the failure of the entire component. Therefore, it is important to address the issue of rust promptly before the damage is done.

If the bolts and nuts are exposed to a humid weather or moisture for a long period of time, they will rust rather quickly. One component that is most affected by rust is fasteners present in automobile components and home appliances.

Moisture can lead to the degradation of the fasteners which makes the devices on the verge of a collapse. It is difficult to remove these stuck fasteners especially if the metal head or the threads are affected by rust. Rust makes it hard to grip the fasteners using a screwdriver or a wrench.

Removing rusted fasteners can be done in a number of ways. Here are the ones that are most commonly used and are most effective.

If the fasteners are stuck in their place because of rust, making use of WD-40 Penetrant Spray is the ideal solution. If the rust has reached the threads of the fastener, then there is no better way to loosen it than using WD-40 penetrant spray. Apply it to the bolt and then tap it using a hammer. This will help WD-40 penetrant spray to penetrate the fitting and loosen the bolt so that it can removed easily.

If the fastener is so severely rusted that it cannot be salvaged, the only option left is to cut it out. This will make the fastener unusable but will help you get rid of it. You can use a clamp to get a good grip on the fastener’s head and twist it hard so it can be freed from its position.

While it is possible to get rid of the rusted fastener and replace it with a new one, this option is not available in all the cases. There are many old machines and parts whose nuts and bolts cannot be replaced with new ones.

In such cases, you need to restore the nuts and bolts using rust removal techniques, which is a cost-effective method to keep the device functioning. Here are some common techniques used for rust removal.

Once you are done with removing a rusted fastener, you can rub it with steel wool or a sandpaper to scrap off the remaining rust. This is an inexpensive and a relatively simple method. It can be very time consuming and will also need a lubricant to make the fastener able to be used again.

You can find a number of rust cleaners that can help in getting rid of rust from nuts and bolts. WD-40 penetrant spray not only helps in loosening the rusty and stuck nuts and bolts, but can also help in keeping them safe from getting rusted again in the future.

Getting rid of rust from nuts and screws and loosening the stuck ones can be an arduous task. If you are in search for the best lubricant to make the task easy for you, then nothing beats WD-40 penetrant spray. All you need to do it spray the rusted and seized nuts and bolts with it.

This will then work its magic in loosening them up. WD-40 Penetrant is a fast acting powerful and quickly penetrating spray that goes to the hard reaching areas and loosens the stuck and seized fixings.

It also helps in loosening the rusted moving parts and is water resistant. thus keeps moisture at bay keeping your nuts and bolts secure from future rusting and corrosion.